Details of a Ferry Deal have been published which will be of particular interest to Irish Competitors travelling through the ports at Rosslare, Dublin and Belfast.
Full details of the packagel arranged by OnThePaceNote through TeamCoordin8  can be found  Here

Registrations are flooding in thick and fast for this year's Motorsport UK Pirelli Welsh National Rally Championship, which will feature 14 different classes catering for a wide and diverse range of cars and drivers - including, by popular demand, a new category for Road Rally cars.

With points awarded to the top 22 finishers on each round, the battle for the overall Welsh National Rally Championship title is always a very close one - like in 2019, when Matthew Hirst/Declan Dear pipped Russ Thompson/Andy Murphy and Tom Llewellin/Peredur Davies in the race for the coveted crown on the final round.

The overall champion can come from any class, meaning that a well-driven Escort Mk2 can battle for overall honours against four-wheel drive machinery.

Every class and all registered competitors are important to the inclusive and friendly Welsh National Rally Championship, and this philosophy has enabled the series to develop a class structure rich in quality and quantity.

A classic example is the Ravenol Welsh Challenge, which has established itself as one of the top clubman categories within the Welsh National Rally Championship. It is open to competitors in both two- and four-wheel drive cars, who have not finished in the top 10 of a National B (or equivalent) championship gravel event. This very well supported category fits exactly the criteria sponsor Ravenol UK MD Brian Chase was looking for when promoting Ravenol UK to the motorsport fraternity.

The Restruct sponsored Two-Wheel Drive category has also increased in popularity since its introduction a decade ago. Open to and rewarding crews competing in either front- or rear-wheel drive cars, this category has successfully attracted historic vehicles across into the open class structure. It has proved so successful that a bit of fine-tuning will now see historic vehicles separated within a new class structure to increase the already strong competition, as well as retaining the category's integrity. 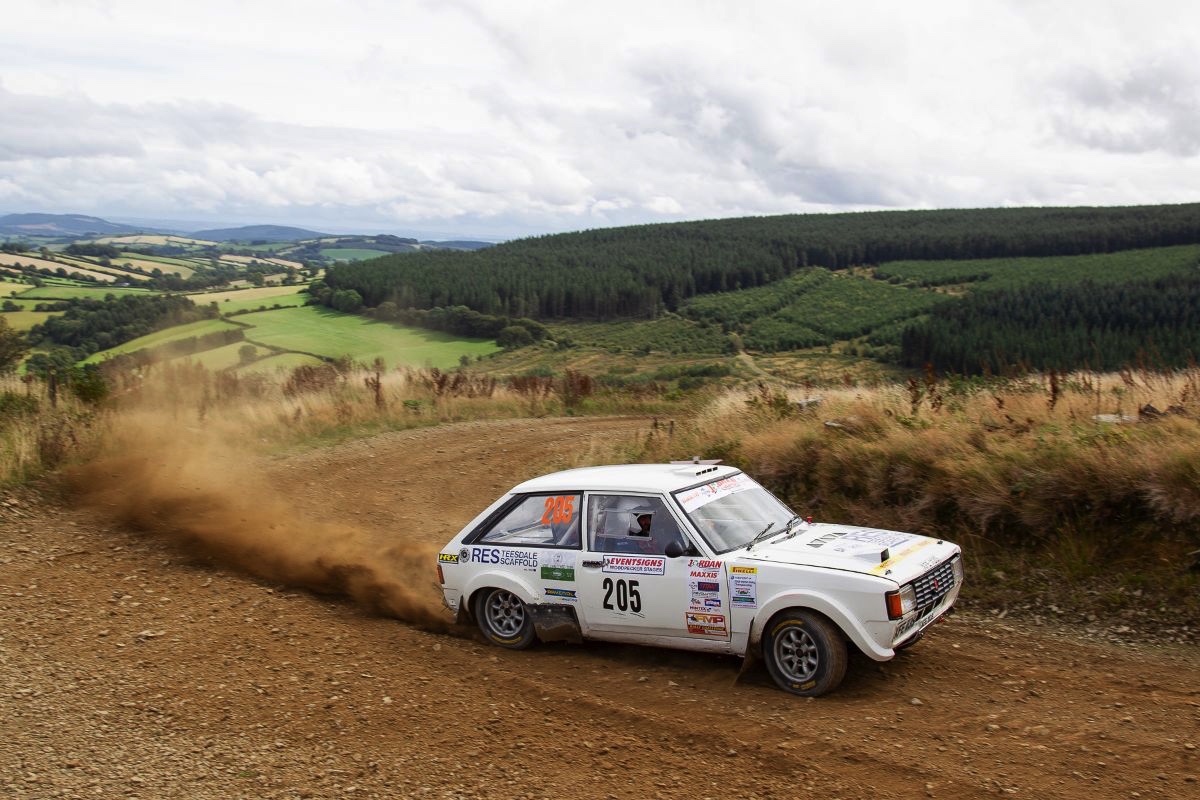 Registrations have started to flow in from drivers such as Andrew Davison (Talbot Sunbeam) and Gary Smith (Ford Escort Mk1) - as well as a significant number of serious enquiries from Irish rally drivers, including from Frank Kelly in his famous Baby Blue Escort, which bodes well for an exciting Irish presence in the championship. 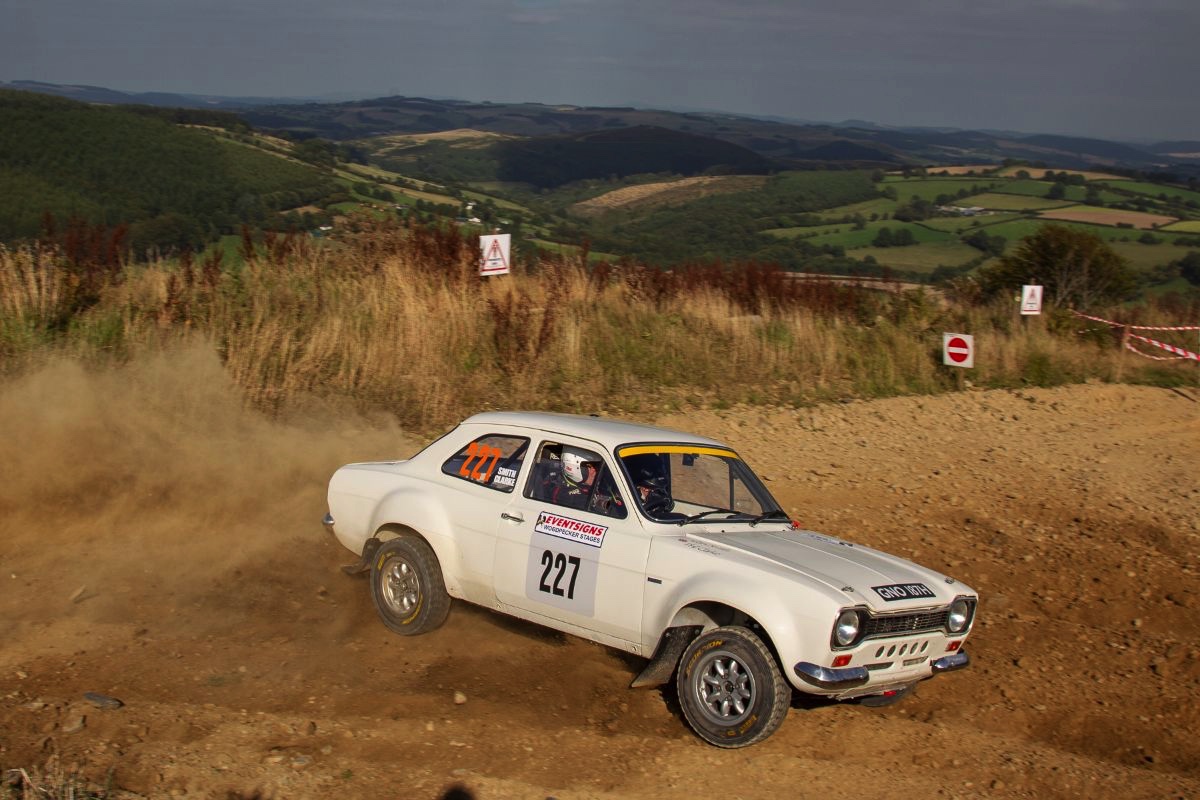 Meanwhile Welsh National Rally Championship regular Wug Utting (Subaru Impreza STi N12B) is amongst several registrations in the four-wheel drive classes - and one of the UK's most experienced co drivers Paul Spooner has registered again in a bid for top honours. 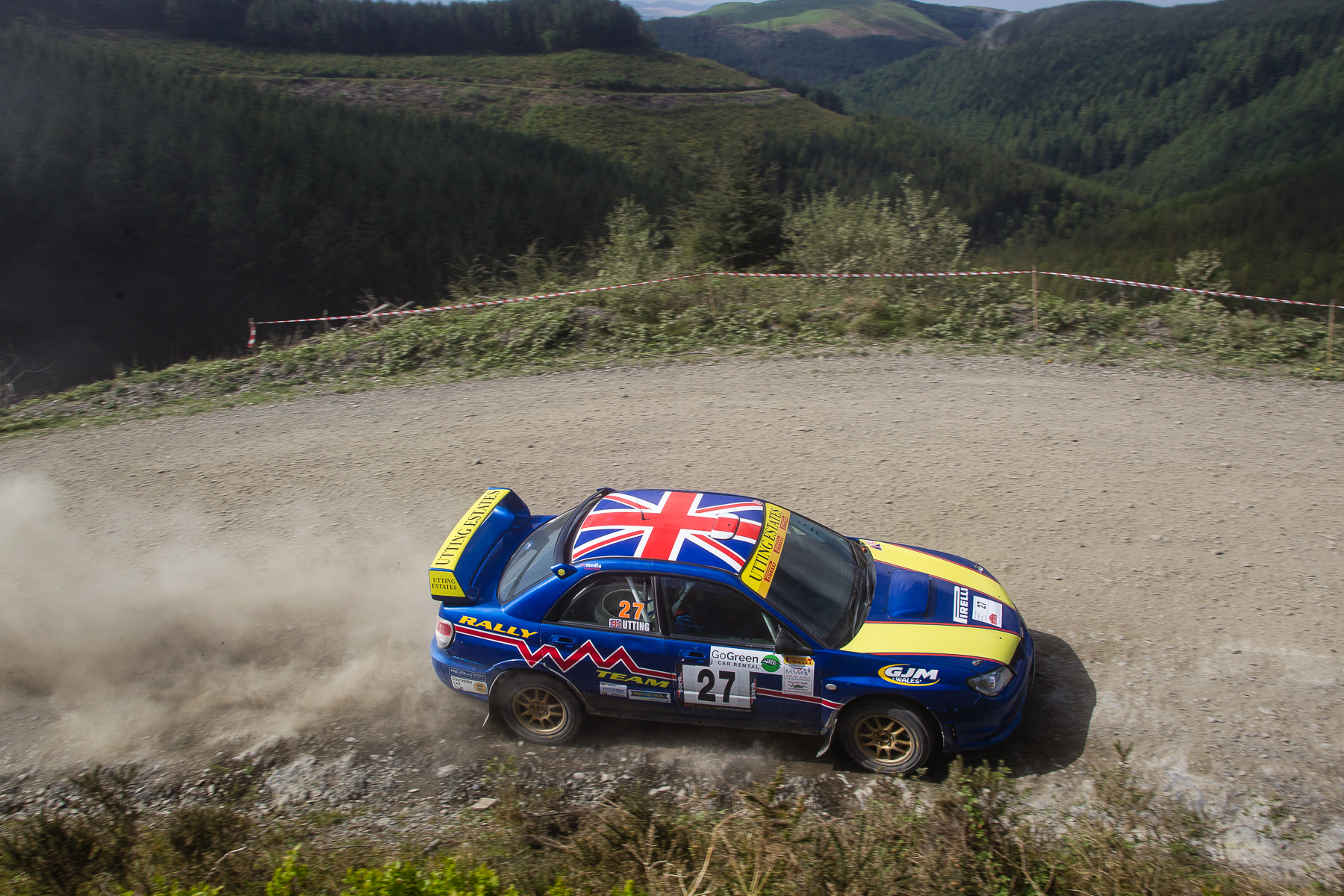 There is also a new class for Road Rally cars, in an acknowledgement of the increasing number of competitors who would like to try stage rallying without having to go to market and buy another vehicle. Cars will be allowed to run under Motorsport UK stage rally rules for tyres and graphics, and they must conform to both road rally and stage rally regulations. Registrations have also already been received for this class. 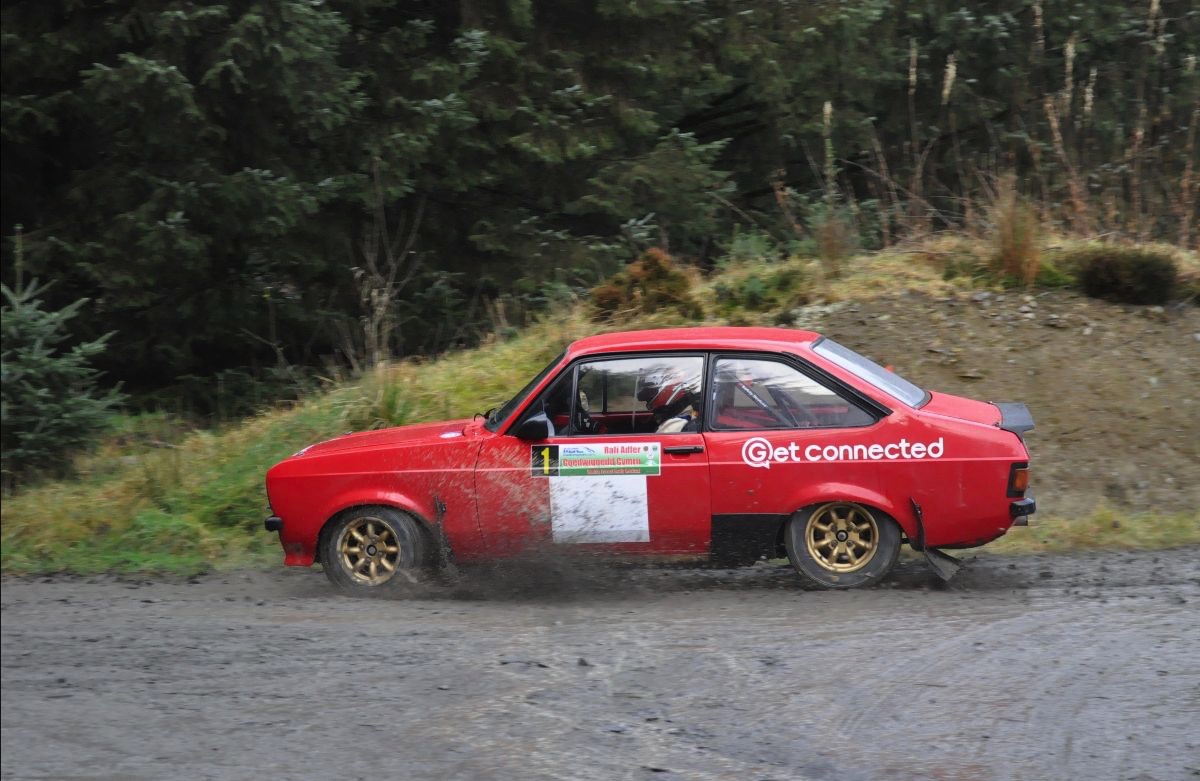 The full list of 14 classes in the 2021 Motorsport UK Pirelli Welsh National Rally Championship are:

Dave Evison, Motorsport UK Pirelli Welsh National Rally Championship Secretary, said: "In response to requests from competitors, we have made some positive changes to the class structure of the Motorsport UK Pirelli Welsh National Rally Championship. With the inclusion of the Road Rally class, and the healthy competition in the popular two-wheel drive category, I believe the balance we have struck will maintain the competition between crews - which is so important to deliver a successful series."


Paul Evans
This email address is being protected from spambots. You need JavaScript enabled to view it. 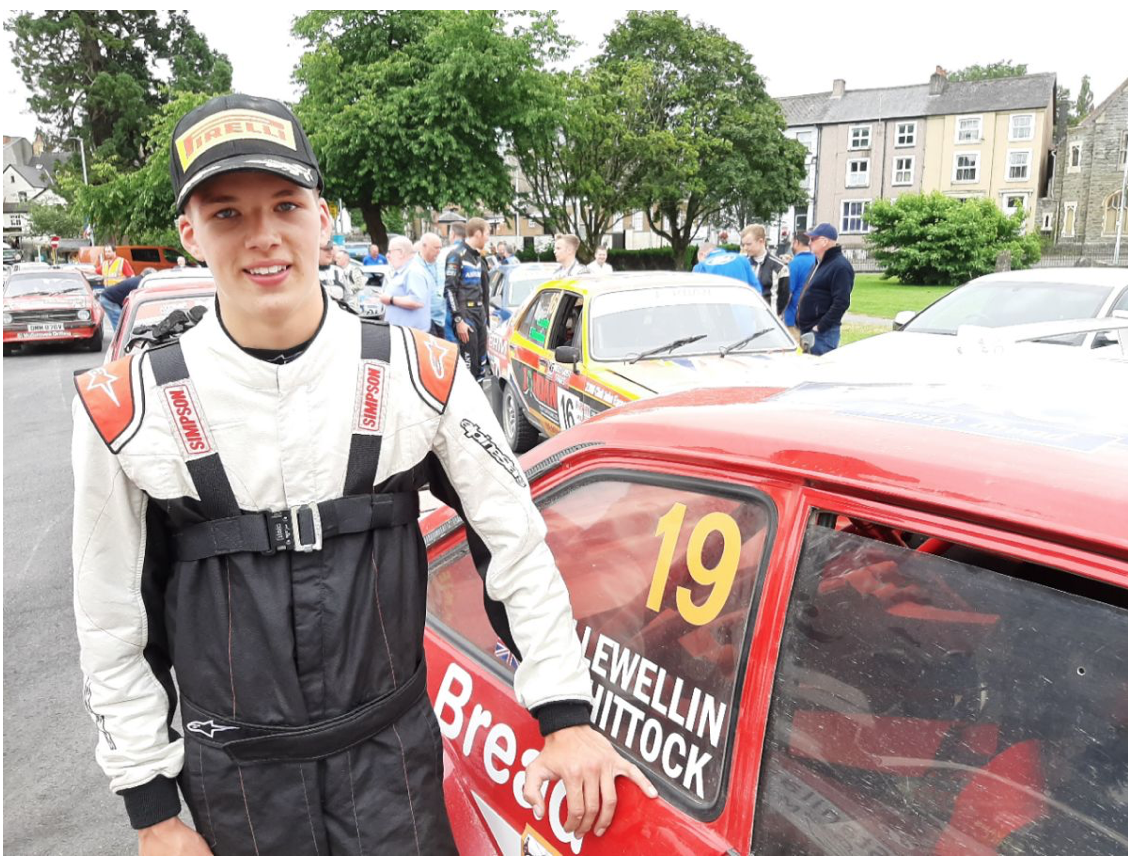 Tom Llewellin says that winning a test drive in an R5 car was an "incredible experience" - and that magnificent prize is once again up for grabs to the winning Junior driver in this year's Motorsport UK Pirelli Welsh National Rally Championship.

Co-driven by Peredur Davies, Llewellin - who drove his Historic-spec Ford Escort Mk2 to Junior title success - won the prize of a test in a PCRS Rallysport-prepared Hyundai i20 R5, organised by OnThePaceNote.co.uk.

The Junior co-driver prize will be a voucher to spend on any product at Nicky Grist Motorsports. Previously this prize has been an invitation to attend a top FIA World Rally Championship team's private test session. Owing to Covid-19 restrictions it is not possible to offer this reward in 2021, but it's hoped the situation will allow the WRC team prize to be available to the winning co-driver in 2022.

"The Junior Championship has a very good incentive and to win a test drive in an R5 car was an incredible experience. Philip Case [owner of PCRS Rallysport] sat beside me and walked me through how the car works - and by the end of the day I felt very comfortable driving it at speed. Competing in an R5 car is the next step and where most junior rally driver want to be, so it was an amazing opportunity to get the chance to experience one first hand.

"The training days were also great - and very beneficial for junior drivers like me who are trying to progress through the sport.

"We are lucky in Wales to have some of the very best forestry stages in the world. For me just starting out, it was a bonus to be able to compete on such iconic stages without the extra expense of having to travel around the UK. In addition to the great stages, the competition was very good too. There was always a strong field of cars, and without a doubt doing well in the Pirelli Welsh National Rally Championship puts you on the right road for future success."

Craig Parry, OnThePaceNote UK, said: "I'm very proud that 2021 will be the third year that OnThePaceNote has been supporting and working with the Junior drivers and co-drivers in the Pirelli Welsh National Rally Championship. It's great to see how the scheme has grown and continues to grow, and we are all working hard to keep that momentum going.

"I'd like to thank PCRS Rallysport for giving us the chance to offer such a great prize, with a test in their latest spec Hyundai i20 R5 for the overall winning Junior driver - which you have to admit is a fantastic opportunity for a young driver.

"We had three training sessions planned for 2021, and we'll run as many as Covid-19 restrictions allow. These training days have proven to be extremely popular, as they concentrate on learning through practical experience, rather than sitting in a classroom and listening. The co-drivers benefit from experienced navigators giving them a better understanding of things like writing pace notes and map reading, while the drivers go out with some of the UK's most experienced drivers. The feedback we've received from Junior crews who have attended these training days has been fantastic."

Dave Evison, Motorsport UK Pirelli Welsh National Rally Championship Secretary, said: "I'd like to place on the record my thanks to Craig [Parry] and Killian [Duffy] of OnThePaceNote for supporting the Pirelli Welsh National Junior Rally Championship. The Junior prize of a test drive in a Hyundai i20 R5 is a fantastic opportunity for a young driver to experience a modern Rally2 spec car. It's surely what every up-and-coming rally enthusiast dreams of driving, and I'd also like to extend my thanks to Philip Case at PCRS Rallysport for making it possible.

"It is also very encouraging to hear Tom Llewellin, the 2019 Welsh National Junior Rally Champion, speak so highly of not only the Junior prize but his positive views on how the Welsh National Rally Championship is an ideal springboard for anyone contemplating a future in the sport." 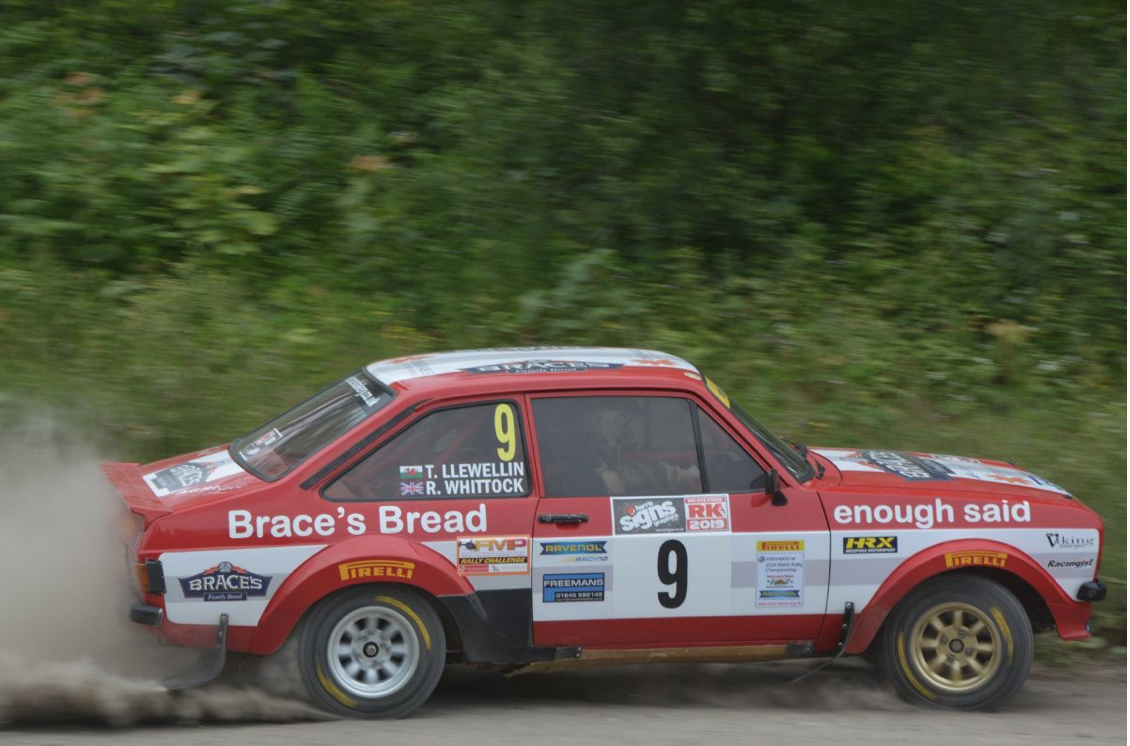