THE SECOND HALF GETS UNDERWAY WITH EVERYTHING TO PLAY FOR 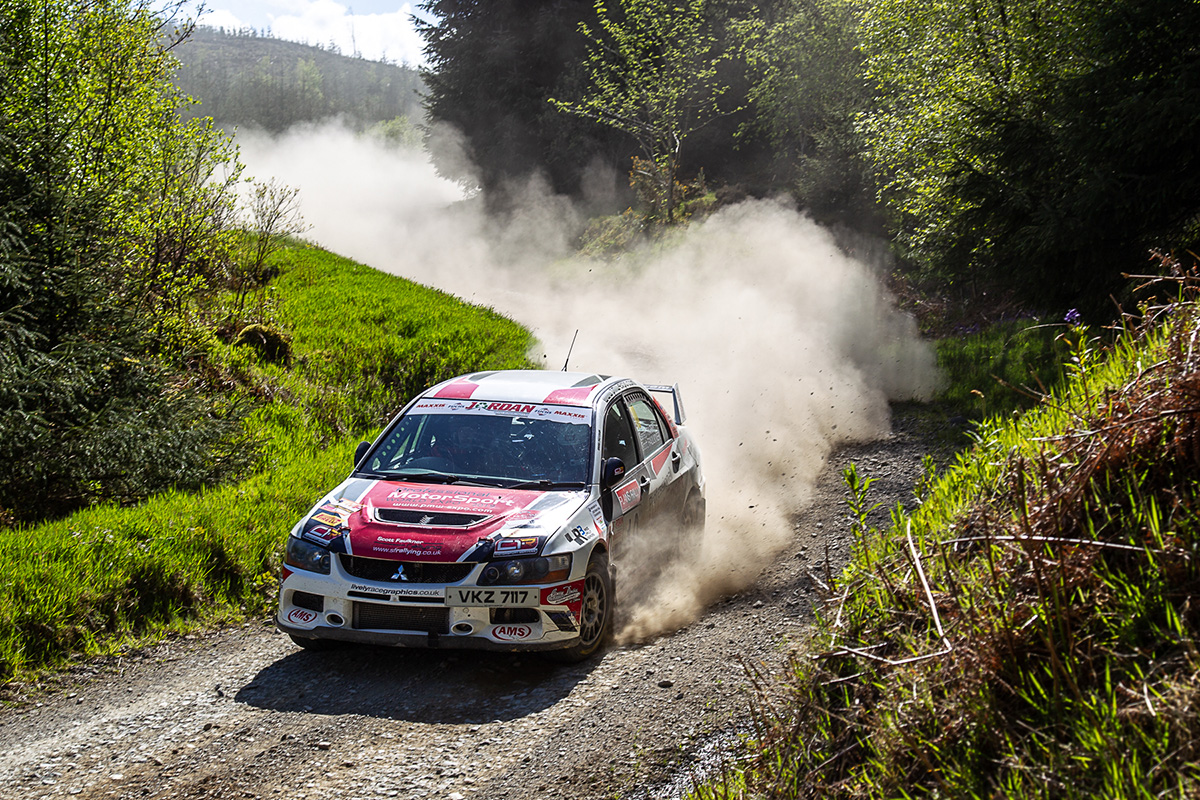 Scott Faulkner currently holds a one-point advantage at the top of the overall driver’s table. The Mitsubishi Evo IX driver took maximum points on the last two rounds of the Championship, the Rallynuts Stages and the Plains Rally, but still holds the narrowest of leads over Matthew Hirst, the overall winner of round two, Rally North Wales and the 2018 Junior champion. Currently in third place, a further three points back is early season Championship leader Tom Llewellin.

Unfortunately, Scott Faulkner will not be competing this weekend. His car needs further work following the last event and he plans to be back in action on the Nicky Grist Stages next month. So that means we are likely to see a new Championship leader on Sunday evening.

Meanwhile, reigning Champion Dylan Davies is scheduled to make his first appearance of the season, partnered by Mark Glennerster in a Subaru Impreza.

Looking to make up ground in the two-wheel drive standings following a non-finish on the Plains Rally, his second of the season, will be BMW stalwart Colin Griffiths in his 2.8 litre Compact. Former two-wheel drive champion Andy Fox, meanwhile, has teamed up with Den Golding in the E30 BMW and should benefit from Den’s extensive knowledge of the South Wales stages. Also looking for a strong points haul on only their second Championship appearance of the season will be Rudi Lancaster and Guy Weaver in their RS 1800 Escort. 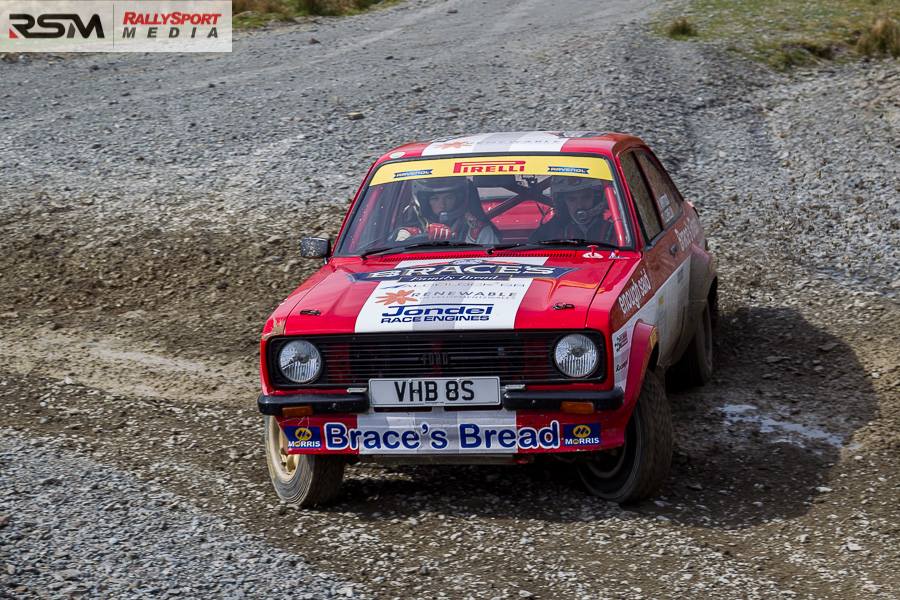 Tom Llewellin also tops the junior drivers category from Gethin Price and Zak Hughes. Leading the junior co-driver standings is Tom Murphy with a five-point advantage over both Keaton Williams and Rhys Stoneman. Rhys is in the Subaru Impreza of Craig Cameron this weekend

The rally, organised by Amman and District Motor Club, starts from Rheola Mart with cars leaving from 9.00am on Sunday morning to tackle a total of six special stages. Competitors can see the teams in action on the Rheola stage, which runs twice from 11.22am and again from 2.22pm.

Faulkner is Fastest in the Forests 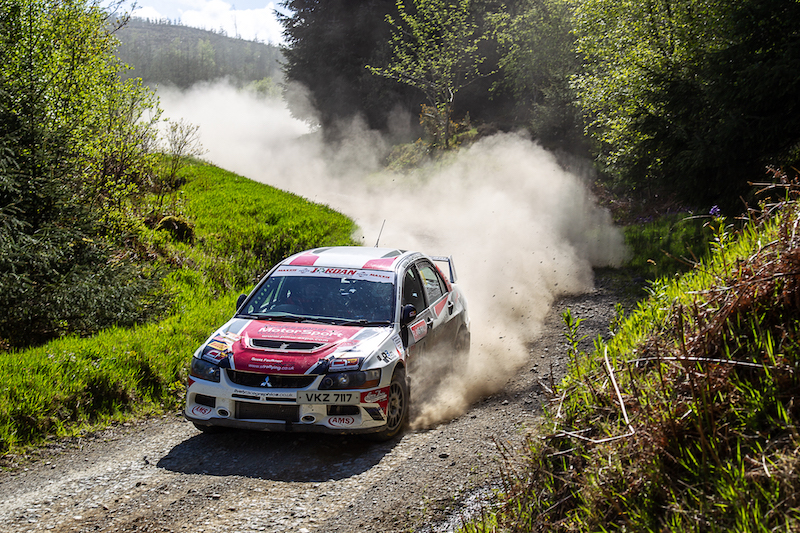 Having taken top points score on the previous round, the Rallynuts Stages, a similar performance on the weekend’s Plains Rally, organised by Knutsford and District Motor Club, moved Scott clear at the top of the table while co-driver Gareth Parry moves into second place overall in his part of the Championship.

From the start in Oswestry, competitors tackled five special stages in Dyfnant, Aberhirnant and Llangower. Scott and Gareth took the lead among the championship contenders on the opening stage ahead of Russ Thompson and Andy Murphy in a similar Group N specification Mitsubishi Evo IX. Third place was held by joint series leaders going into the event, Matthew Hirst and Declan Dear but they would be among a number of competitors to suffer punctures in stage 2, Aberhirnant 1.

Fourth place was enough to ensure that Matthew Hirst left the event just one point adrift of Faulkner while his co-driver Declan Dear continues to lead that section of the Championship two points clear of Gareth Parry.

Tom Llewellin leads the driver standings in the two-wheel drive section from Chris Powell and Perry Gardener although it was Callum Black and Michael Gilbey who took top two-wheel drive points for the second event running in their MG ZR. Top two-wheel drive co-driver is Jim Lewis ahead of Caron Tomlinson and Keaton Williams.

The next round of the Pirelli Motorsport UK Welsh Forest Rally Championship is the Red Kite Stages. Based in Resolven in the Neath Valley and organised by Amman and District Motor Club, the event takes place on June 23rd.

Following Round 4 the Plains Rally the latest championship tables have been uploaded to the website and can be found by following this link or clicking on the Results Tab    https://bit.ly/2WxSVsB