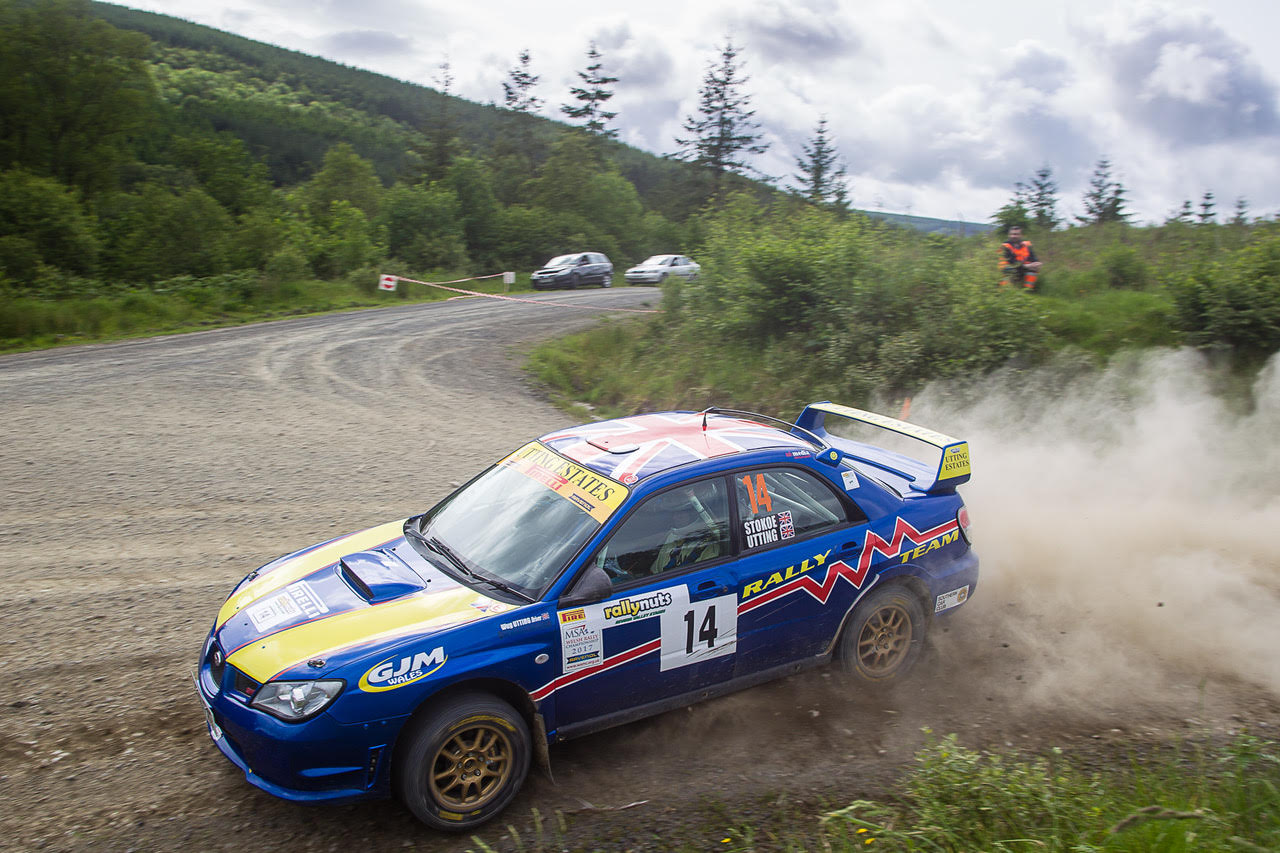 The 2017 Pirelli MSA Welsh Forest Rally Championship reaches its penultimate round this weekend (September 2nd) with competitors tackling the Ludlow based Eventsigns Woodpecker Stages Rally. There is plenty at stake, too, with the overall title fight, as well as many of the class battles, still wide open.

The cancellation of the Red Dragon Rally means that competitors will now count their best four results from six events meaning there is a good opportunity for competitors to improve their championship standing with good results on this event and the final round, the Wyedean Rally in November.

Surrey driver Wug Utting took the lead at the previous round, the Nicky Grist Stages, and now has a 10 point advantage over early season leader Andy Davies. With Dylan Davies in third place, fourth placed Callum Black has taken his R5 Fiesta to maximum points in each of the two rounds that he has contested so far.

The championship front-runners, however, can expect stiff opposition from, among others, Hugh Hunter and Rob Fagg in their Ford Fiesta WRC while Martyn and Dawn England have taken second place in each of the last two rounds and would love nothing more than to go one better in their R5+ Fiesta this weekend. Meanwhile, veteran Peter Stephenson will be looking to give some of his younger rivals a run for their money in his Focus World Rally Car.

Utting and Stokoe also head the Group N standings for less modified cars ahead of Andy Davies and Max Freeman while Scott Faulkner and Dom Adams are in third place.

Colin Griffiths leads a close fought two wheel drive category in his BMW Compact but Andy Fox will be looking to make up ground in his BMW 328.

In the Junior driver category, Rhydian Price, driving a Ford Fiesta, looks on course to take the title and with it a free entry to the National Rally on Wales Rally GB, provided by the organisers of the British round of the World Championship, IMS as part of their Road to Wales initiative.

Things are much closer in the Junior co-driver category and one competitor who could move up the standings this weekend is Elliott Edmondson, sat alongside Callum Black.

The RAVENOL Welsh Challenge runs alongside the Championship. With a prize fund valued at £3000, drivers gain points based on their performance within their class. Colin Griffiths tops the standings by just a single point from Andy Davies with Wug Utting three points further back.

Championship competitors can look forward to a break following this weekend before the final round, the Wyedean Rally on November 11th, so we can expect them to be pushing to the limit on the Woodpecker’s challenging stages as the stake their claims for a top honour at the end of the season.

With competitors leaving Ludlow Racecourse from 8:30 on Saturday morning, spectator information is available on the event website, www.woodpecker-rally.co.uk. There is more information about the Pirelli MSA Welsh Forest Rally Championship on their website, www.wnrc.wamc.org.uk , their Facebook page and on Twitter, @WnRC.