DOWN TO THE WIRE ON THE WYEDEAN 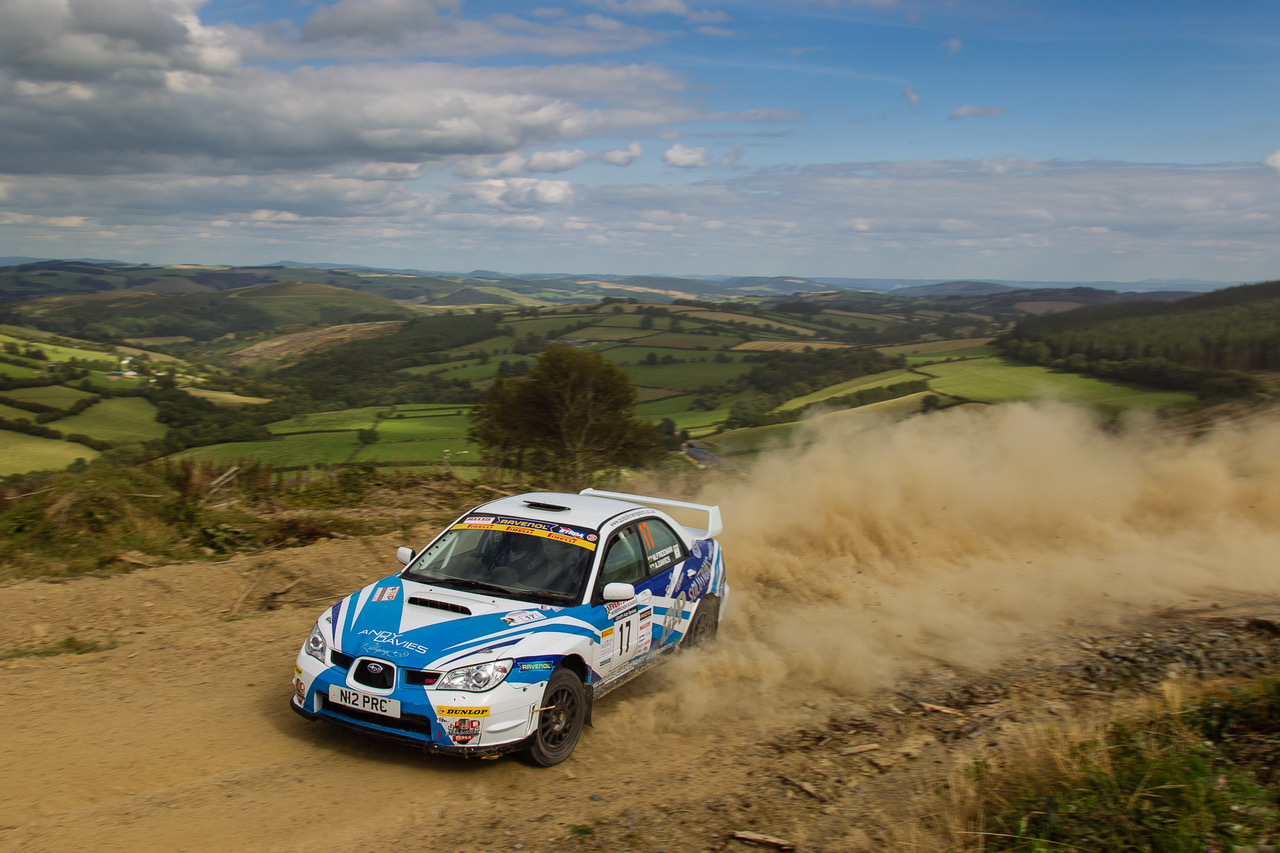 Contenders in the Pirelli MSA Welsh Forest Rally Championship face the final round of the 2017 series this weekend (11th November) with the Winners Garage Skoda Wyedean Stages Rally. In the absence of Surrey’s Wug Utting, it’s a straight two horse race for the overall driver’s title.

Callum Black has only contested a limited programme of championship rounds this season but he has claimed maximum championship points on every round that he has appeared on. A finish on Saturday should be enough for the Brackley driver to clinch top championship honours but, should the 586 Engineering R5 Ford Fiesta strike problems, early season leader Andy Davies could still snatch the title.

The Lampeter man has already clinched the Group N title for less modified cars as has his regular co-driver Max Freeman. Should Callum Black fail to finish, third place among the championship contenders would be enough for the Subaru Impreza driver to add overall championship honours.

Third place in the Championship will go to Simon Rogers if the Evo 6 driver can finish ahead of the Evo 9 of Scott Faulkner.

The Junior drivers’ title has already gone to Rhydian Price but the Wyedean will witness a four-way fight for the Junior co-drivers’ crown.

The two wheel drive crown has also still to be decided with the drivers’ category featuring a battle of the BMWs of Colin Griffiths and Andy Fox. Escort pilots Rob Dennis and Tony Williams could still influence the destination of the title as could Sunbeam mounted Chris Powell. The two wheel drive co-drivers’ honours look set to go the way of Toby Brick although Ian Jones could still have something to say about that.

Hereford driver Chris Powell needs a strong finish in his Sunbeam to take Class 3 honours ahead of Dave Brick while Martin Walters is favourite to sew up Class 4 in his Honda Civic.

The battle for Class 6 looks set to go all the way to the final stage with Escort drivers Tony Williams and Rob Dennis and Manta man John Collins all still in contention. In Class 8, the Championship’s dropped score system means that Simon Rogers driving an Evo 6 could yet edge out Geoff Cottrill in his Evo 9 while the battle for third in class could see Ross Leach edge out  Dylan Davies.

In the RAVENOL Welsh Challenge, which runs in association with the Championship, points are awarded based on a driver’s performance within their class. The fight for end of season honours looks to be between Andy Davies and Colin Griffiths although Martin Walters, Simon Rogers and Callum Black could all yet have a say in matters.

The Winners Garage Skoda Wyedean Stages Rally is based at the Vantage Point Business Park in Mitcheldean. The first car will leave there at 09:31 on Saturday to tackle four stages, three of which have not featured on the event for a number of years. Cars will return to Mitcheldean for a lunchtime service halt before a second run through each of the stages. The first car is expected back for the finish of the rally in Mitcheldean around 3pm.

Full spectator information is available on the rally’s web site, www.wyedeanstages.co.uk, while you can find out more about the Pirelli MSA Welsh Forest Rally Championship at www.wnrc.wamc.org.uk, on the Championship Facebook page and on Twitter @WnRC.

Credit for the photograph  given to Rallysport Media