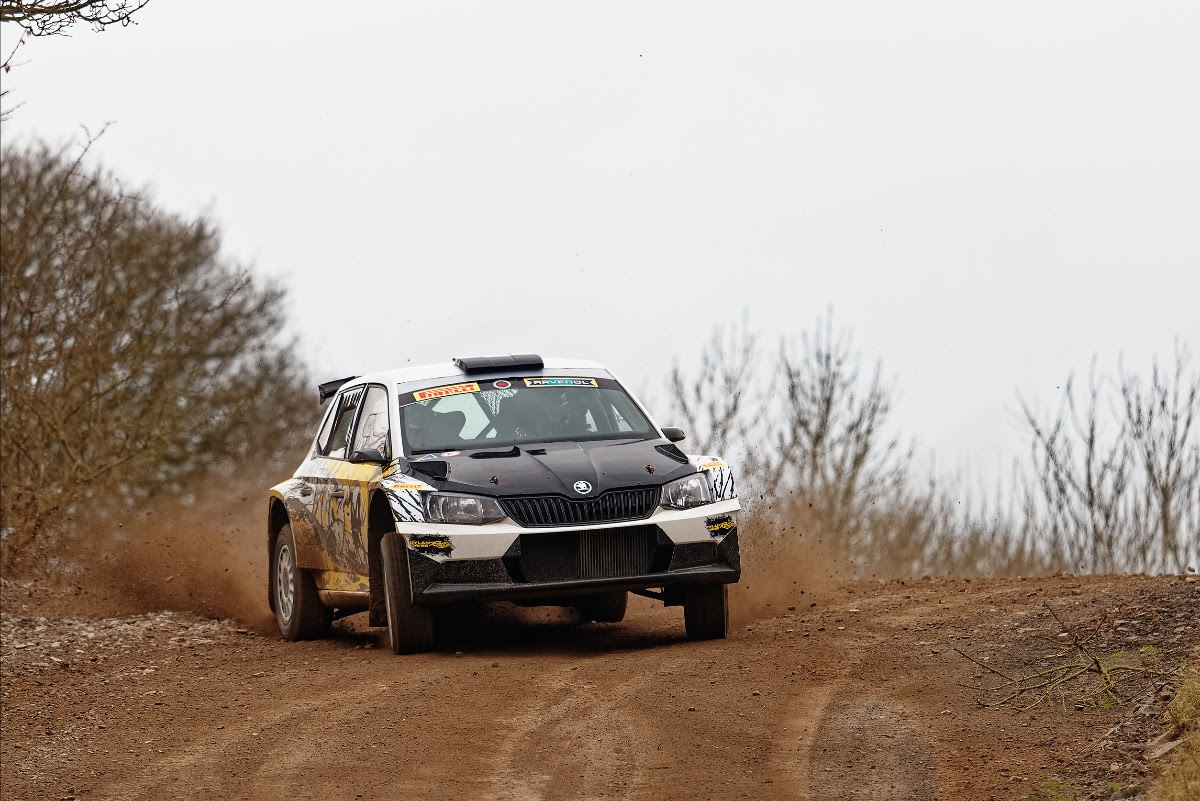 The famous rallying forests of Dyfi and Pantperthog will host the opening round of the 2022 Motorsport UK Pirelli Ravenol Welsh Rally Championship on Saturday 26 March when a star-studded line up of crews battle for victory on the WKD Trained Dogs Rally North Wales.

One former champion is Matthew Hirst who won Rally North Wales, and the Welsh drivers' title, in 2019. Together with co-driver Declan Dear, Hirst has swapped his Mitsubishi Evo IX for a new Delta Salvage-backed Ford Fiesta R5+. They finished sixth on the recent Malcolm Wilson Rally in Cumbria, so arrive in North Wales match fit and confident. 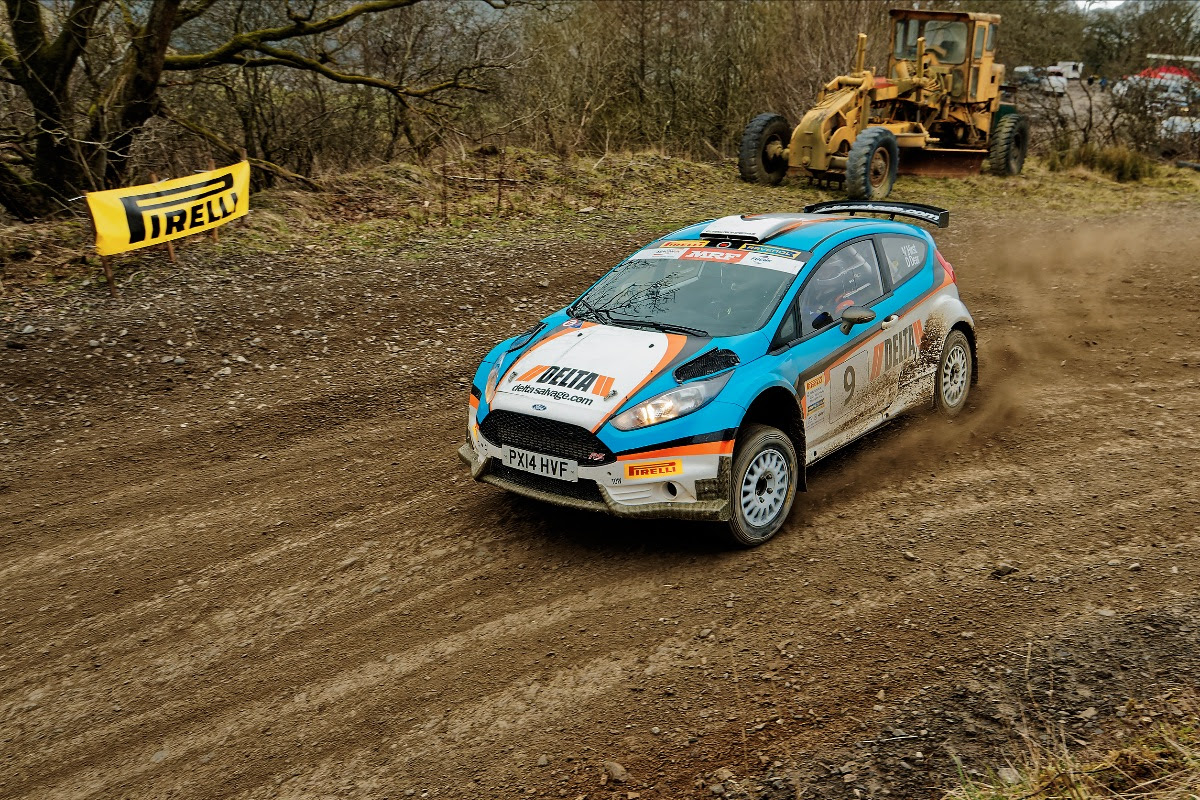 Dylan Davies also knows how to win Rally North Wales and the Welsh drivers' title too, having done both in 2018. He has since moved from a Subaru Impreza STi N14 to a Å koda Fabia R5+ and together with co-driver Mark Glennerster will be one of the pre-event favourites this time as well.

With the pandemic disrupting two years of his early rally career, Tom Llewellin is aiming to make up for lost time with a big rally campaign on both gravel and asphalt this year. The 2019 Welsh Junior champion is out for overall honours this year and will be partnered by Dale Bowen on Rally North Wales in his Brace's Bakery Mitsubishi Mirage.

Roland Llewellin/Jamie Edwards have swapped their trusty Mitsubishi Evo 10 for a state-of-the-art Hyundai i20 R5 and are set to make their competition debut in the Hyundai Power Products-backed car.

Bob Morgan upgraded to a Å koda Fabia R5+ last year and enjoyed a great maiden outing on the Visit Conwy Cambrian Rally. Partnered by Ade Williams, the Winner Garage boss will be aiming for a good start to his 2022 Welsh Championship campaign. 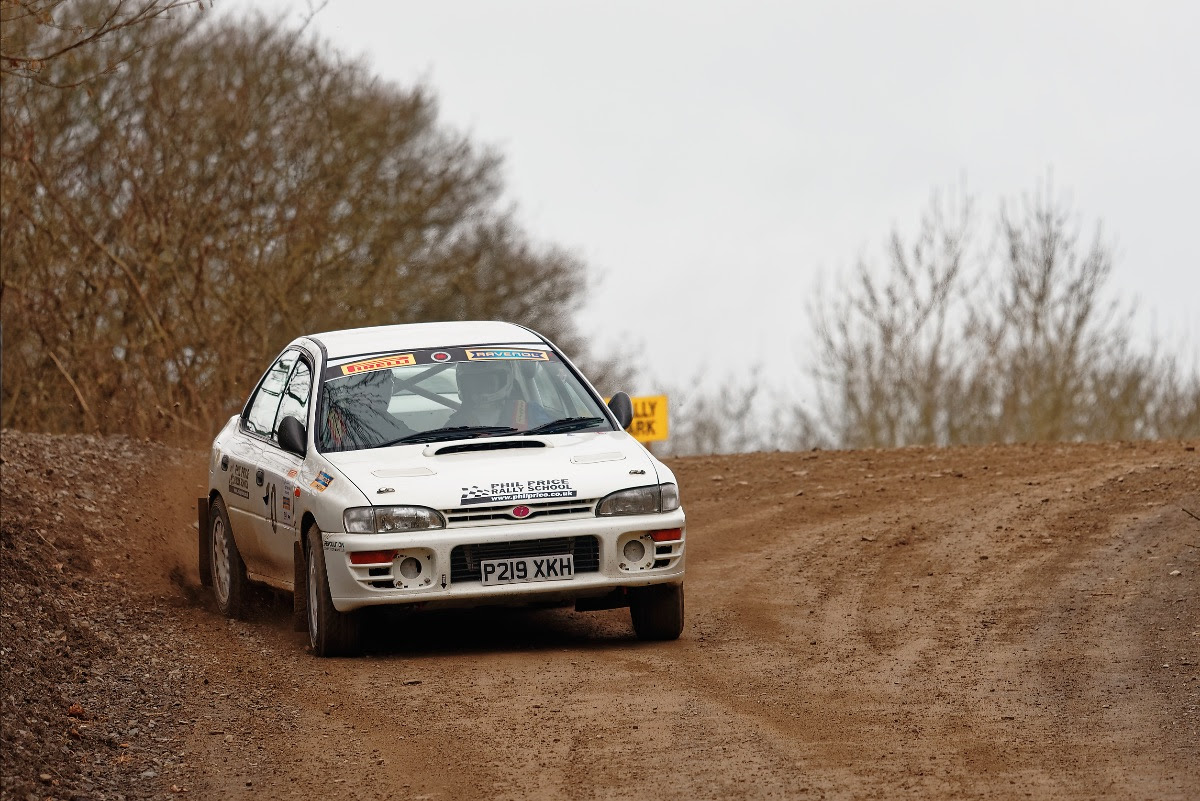 Brothers Callum and Liam Griffiths go head-to-head in the battle for the OnThePaceNote.co.uk supported Welsh Junior title, each driving a Presteigne Tyre Services backed Ford Fiesta ST. Aiming to follow in their father Nigel's footsteps, Callum will be co-driven by William Lewis, while Liam will be partnered by Motorsport UK elite co-driver Daniel James.

The Junior category is open to any driver and co-driver who hasn't previously won the Junior title and was under 25 years of age on 1 January 2022, regardless of vehicle - which always sees a great variety of cars contesting the class. This year is no exception, with Gethin Price/Matthew Baddeley in their Richard Keith Price Haulage Nissan Micra, Rory McCann, co-driven by his father Paul, coming over from the Isle of Man in their Metalways Hillman Avenger.

The Welsh Historic Cup, supported this year by Restruct, has always been extremely popular and this year the category has attracted one of its biggest ever entries.Julian Birley/Emyr Hall are returning to defend their class W6 (2WD, Historic Cat 1, including up to 1600cc category 2, 3 and 4a, cars) title in their Talbot Sunbeam Ti 1600 and will be up against the likes of Malcolm Bayliss/Siobhan Pugh (16BAO Rally Team Ford Escort Mk1) and Junior driver Rory McCann. 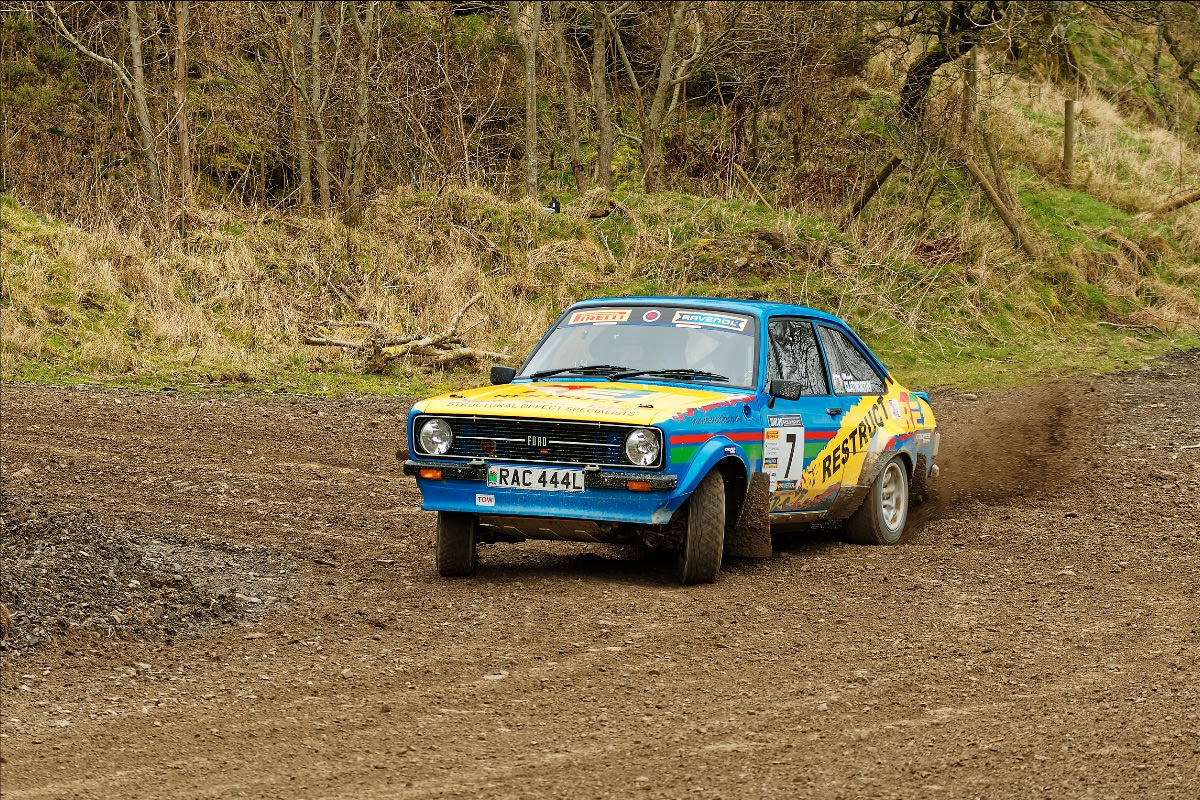 Paul Street/Ian Jones are back to defend their class W8 (2WD, Historic 1601cc and over 16v multi valve cars) title in their PJS Marine Escort RS1800 Mk2 and will be pushed hard by the likes of the rapid Michael McDaid/Declan Casey in their McDaid Pharmacy Escort RS1800 Mk2, Roger Chillman/Patrick Walsh in theirSecurcom Escort Mk2 and Ben Friend/Cliff Simmons in the Allglass Anglia Escort Mk2.

Indeed, if you like to see Escort Mk2s driven on the limit this is certainly the place! Pete Littler/Andy Marchbank won the overall Welsh Championship title together in 2000 and team up again in a RED Preparation & Fabrication/Select Security Ford Escort RS1800. Other leading class contenders include Owen McMackin/Dai Robert, Robert Gough/Jack Bowen, Rob Dennis/Andy Boswell, Ron Morgan/Marc Clatworthy, pictured above, in their gorgeous Wales Motorsport-built Restruct Escort and Rudi Lancaster/Guy Weaver in their Woolacombe Holiday Parks Escort RS1800. 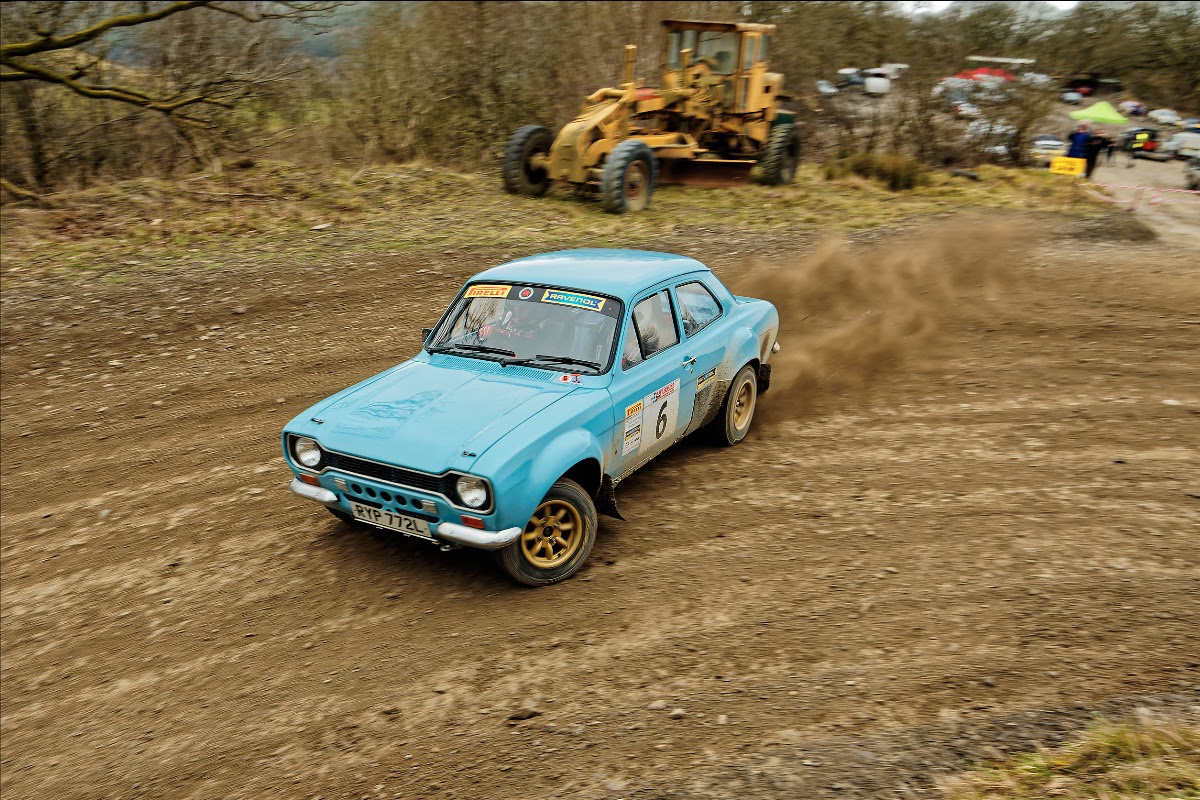 This will also be the first opportunity for drivers to impress the judges in the David Stokes Historic Challenge and for co-drivers to do likewise in the Guy Weaver Award. These are two new awards for 2022 and open to all Historic class competitors.

Graham Thatcher, pictured, has done a lot of development work over the winter months, particularly to the suspension and handling, on his Pembridge Vehicle Management Peugeot 206GTi, as he and co-driver Tim Samuel begin their assault on the Road Rally class title. 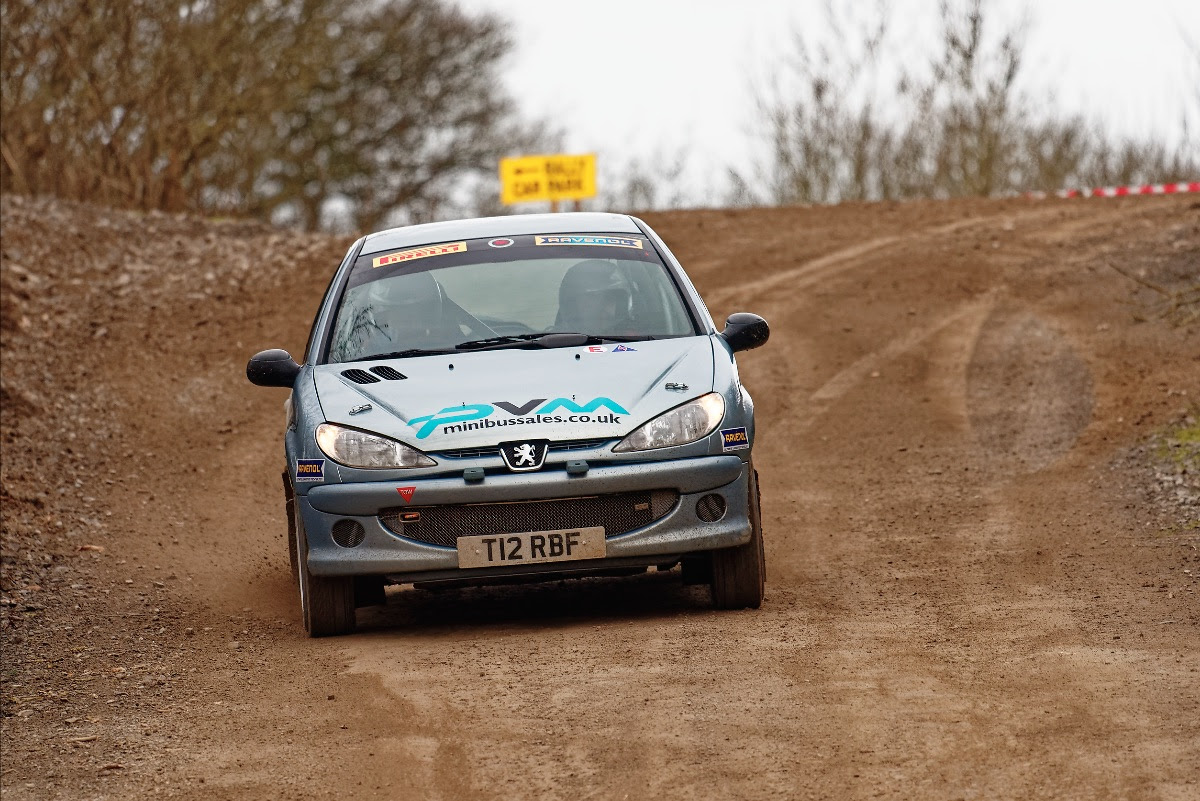 Dan Jones/Cyril Jones are back to defend their class W10 title (2WD, 1401cc to 1600cc naturally aspirated cars) in their rapid Jones Brothers/Bradley Motorsport Vauxhall Nova and will face strong competition from the likes of Martin Walters/Marie Fletcher (Honda Civic).

The Ravenol Welsh Challenge, which recognises the performance of competitors who have yet to finish in the top 10 overall of a Welsh Championship round, continues to be one of the most popular clubman categories in the series and it has once again attracted a fantastic entry. Many of the aforementioned crews are eligible for the award, plus the likes of Matthew Honeyborne/Martin Allwood (Allweld Engineering BMW 328 Coupe), Andrew Fox/Jaime-Lee Fox (Xwatch Safety Solutions BMW 325) and David Jones/Glyn Price (G J Price Transport BMW E30).

Dave Evison, Motorsport UK Pirelli Ravenol Welsh Rally Championship Secretary, said: "It is fantastic to see a full entry for this year's opening round of the series, Rally North Wales. It rewards the event's move to Dolgellau, which enables the organisers to run a very compact event including fantastic stages with very little road mileage - a format that has proven to be very popular with competitors. More entries to events equals more contenders to the Motorsport UK Pirelli Ravenol Welsh Rally Championship and with registration numbers increasing daily the Championship is on course to maintain the growth its achieved since 2010. This is great news for competitors, the Championship and its sponsors."

Sideways Media will attend every round of the Pirelli Ravenol Welsh Rally Championship and livestream all the action from the very best viewing points on the stages and ensure that every registered competitor is featured. With Howard Davies on the microphone, the broadcasts will be streamed live on the Pirelli Ravenol Welsh Rally Championship's Facebook and YouTube channels, where fans can watch the action live or after the event.

Organised by Wolverhampton & South Staffordshire Car Club, this year's WKD Trained Dogs Rally North Wales contains two loops of four stages totalling 45 competitive miles through the iconic Dyfi and Pantperthog forest complex stages. The event will start at 08.31 from Gwyndaf Evans Motors in Dolgellau, with the first car reaching the finish at the Dolgellau Farmers Mart (home to the centralised service area) at 15.00.