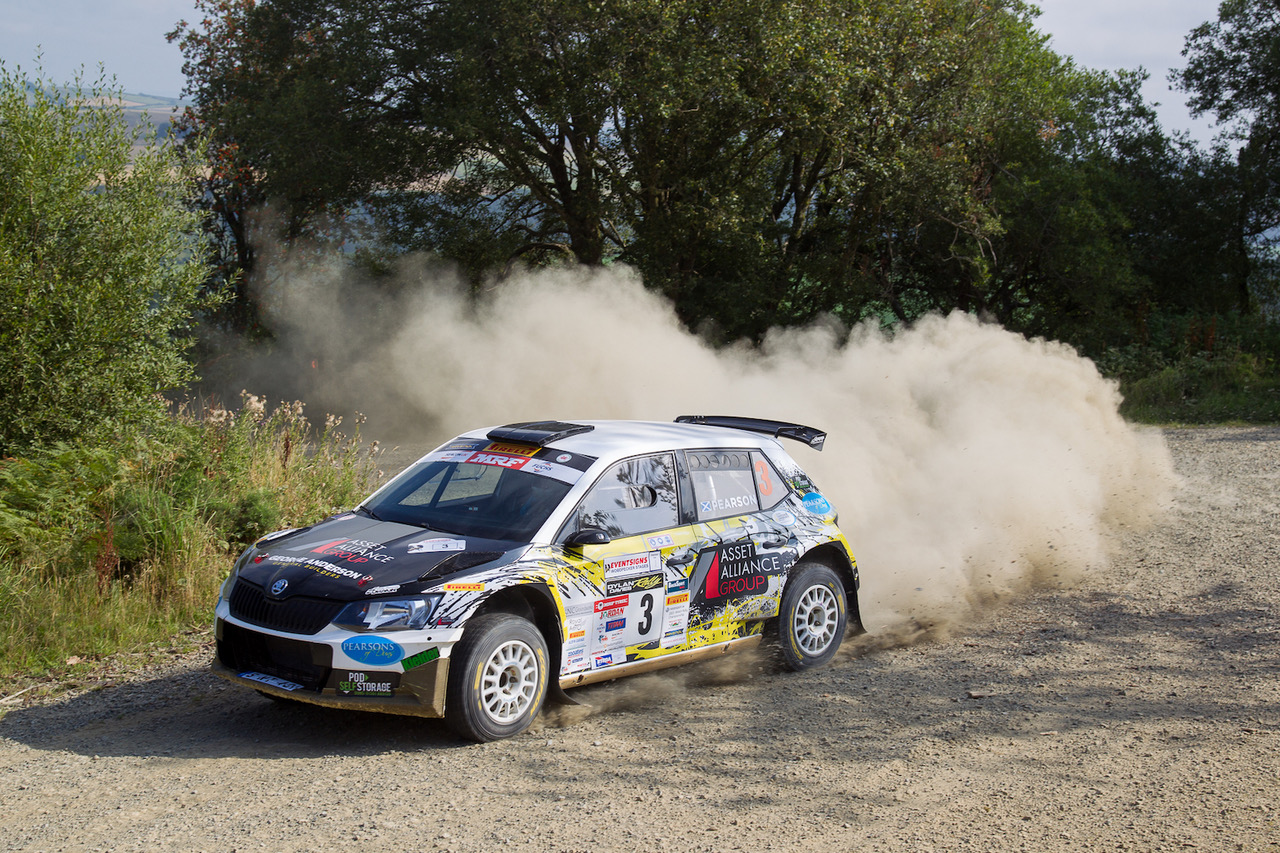 Pearson (pictured) arrives in North Wales with a one point lead after he and co-driver Niall Burns won the Eventsigns Woodpecker Rally in their Asset Alliance Å koda Fabia R5. Despite fierce and experienced opposition, their first attempt at the event saw them lead from start to finish and they will be looking for nothing less than maximum points again.

"It's only going to be my second event in Wales in an R5 car, so I'm looking forward to it. I've not got a lot of experience of the North Wales forests, but it will nevertheless be a case of opening the throttle and going for it. We're going to give it our all." 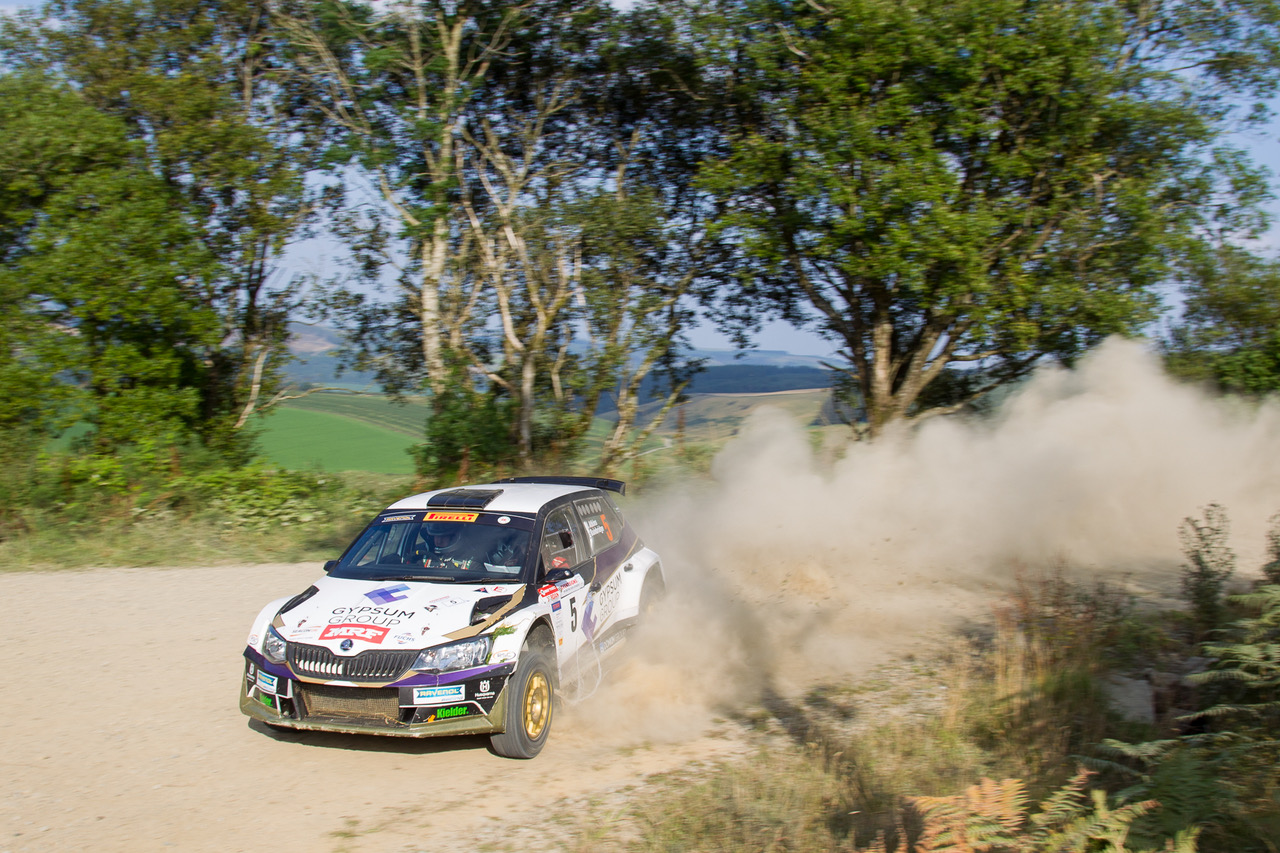 Bainbridge is enjoying a great season too, having finished second on the opening Nicky Grist Stages and third on the Woodpecker. His last appearance in North Wales saw him win the Rali Adfer Coedwigoedd Cymru (December 2020) in Gorsedd Bran forest, and he has improved the performance and handling of his Gypsum Group Å koda Fabia R5 considerably since then - leaving him and co-driver Will Atkins, who leads the overall co-drivers' standings, as potential Cambrian Rally winners. 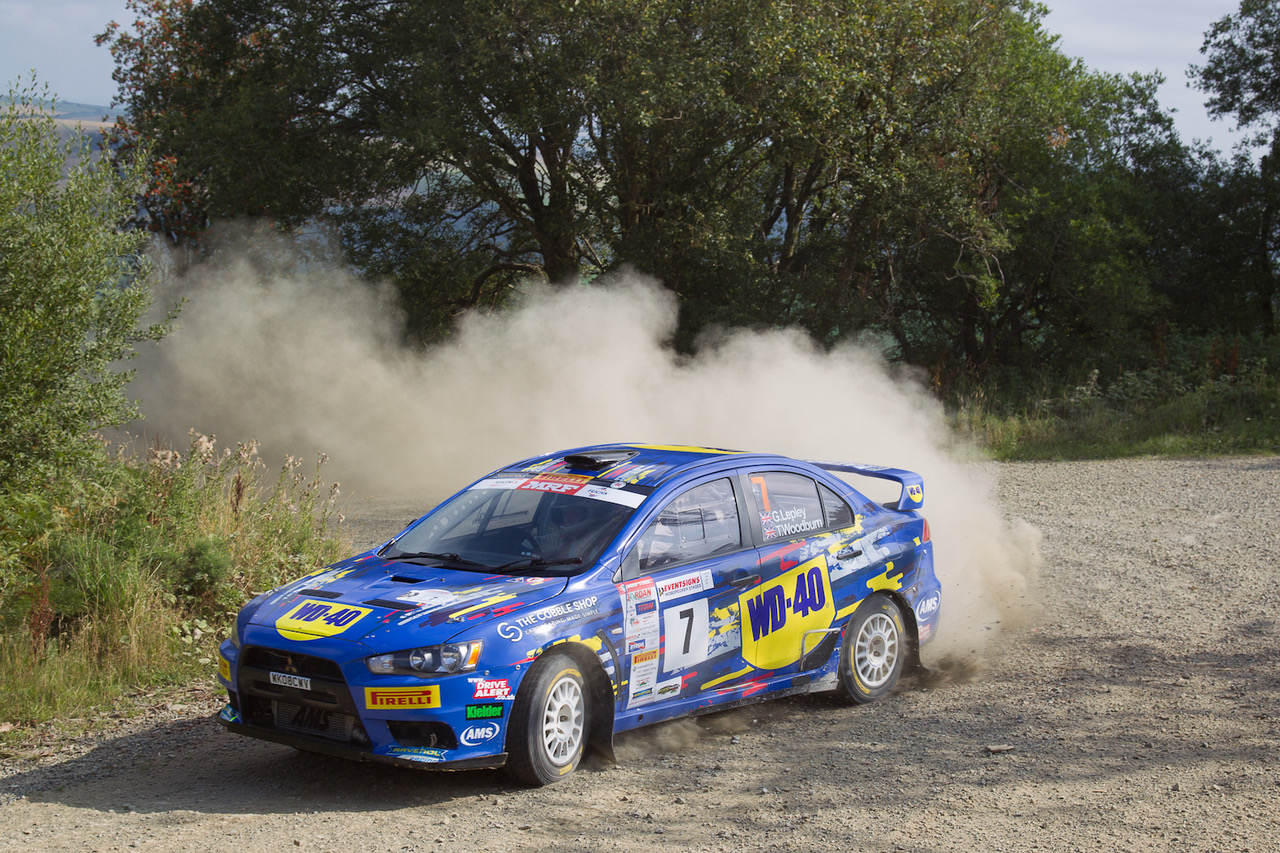 George Lepley (pictured) finished third on the opening Nicky Grist Stages and second on the Woodpecker and also leads the Pirelli Welsh Junior category. Co-driven by Tom Woodburn, the WD-40 Mitsubishi Evo X driver is on incredible form this year and will be looking for another podium finish on the Cambrian to strengthen is double title hopes. 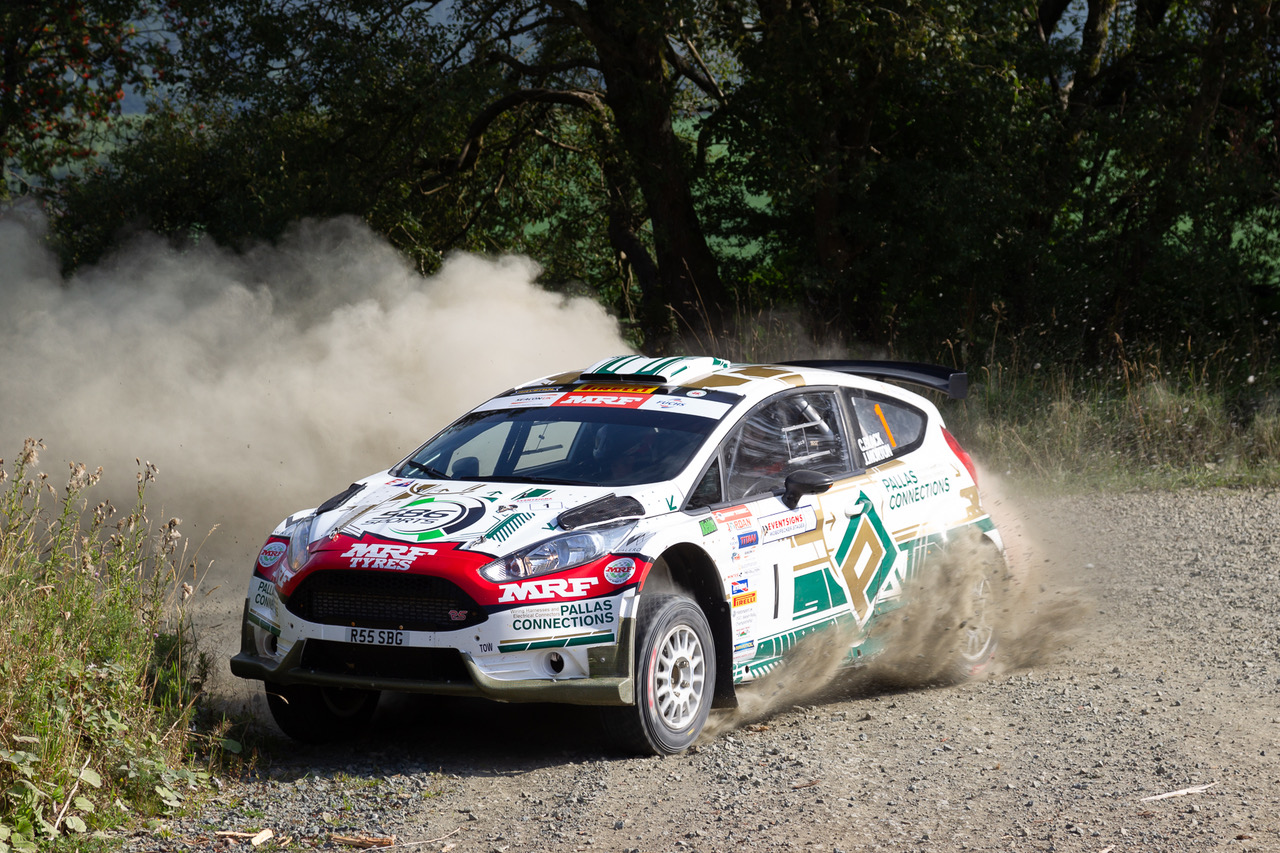 Callum Black (pictured) led the Pirelli Welsh Rally Championship after victory on the Nicky Grist Stages but a DNF on the Woodpecker has dropped him down to seventh. But with three scores from four events to count the 586 Sports team driver is still very much in contention but will need another good result this time out. Callum will be co-driven by Jack Morton in their Pallas Connections-backed Ford Fiesta R5+. 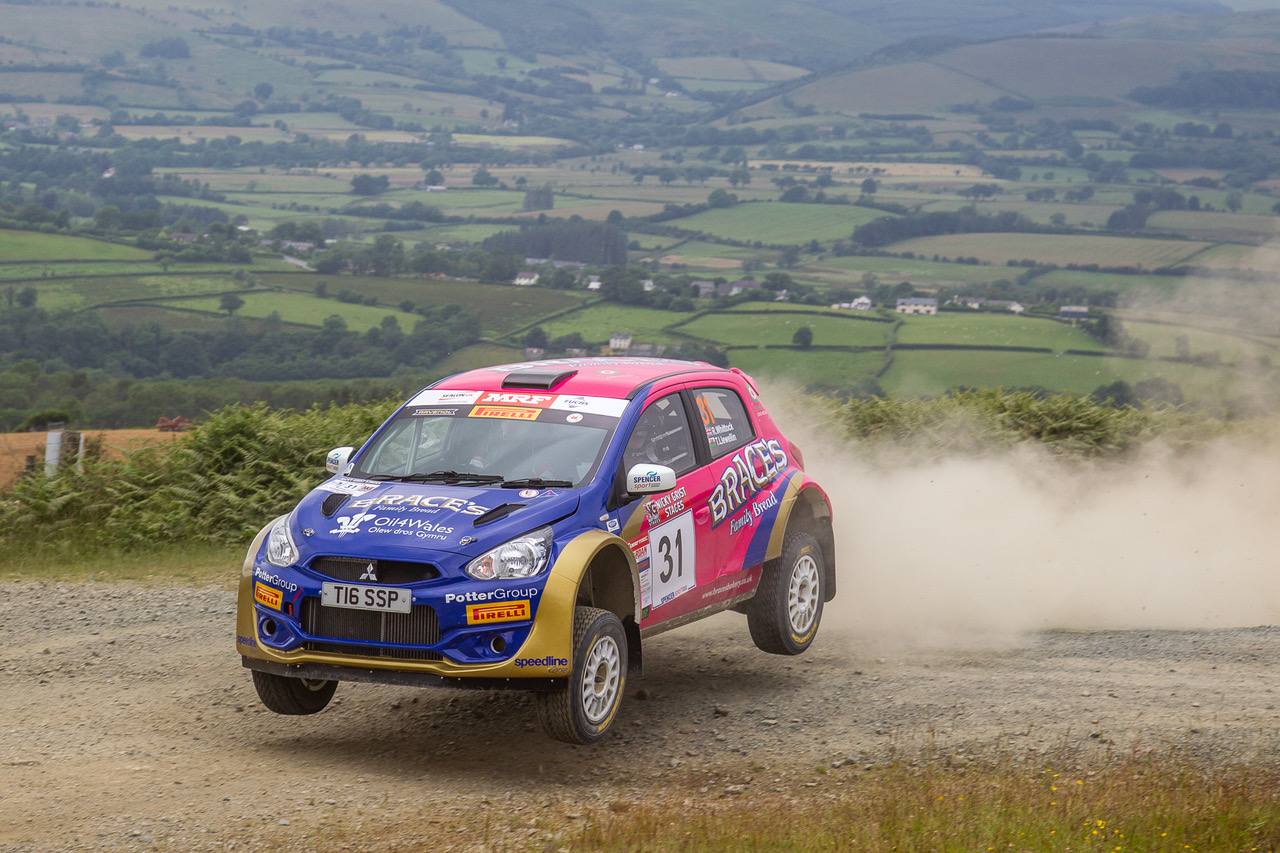 Also challenging for the top step of the podium will be the 2019 Pirelli Welsh Rally champions Matthew Hirst/Declan Dear in their Delta Mitsubishi Evo IX, Russ Thompson/Stephen Link in their Dunnow Plant Mitsubishi Evo IX and the 2019 Welsh Junior champion Tom Llewellin who, with co-driver Ross Whittock, will contest only his second rally in a Mitsubishi Mirage, having finished fourth first time out on the Nicky Grist Stages. 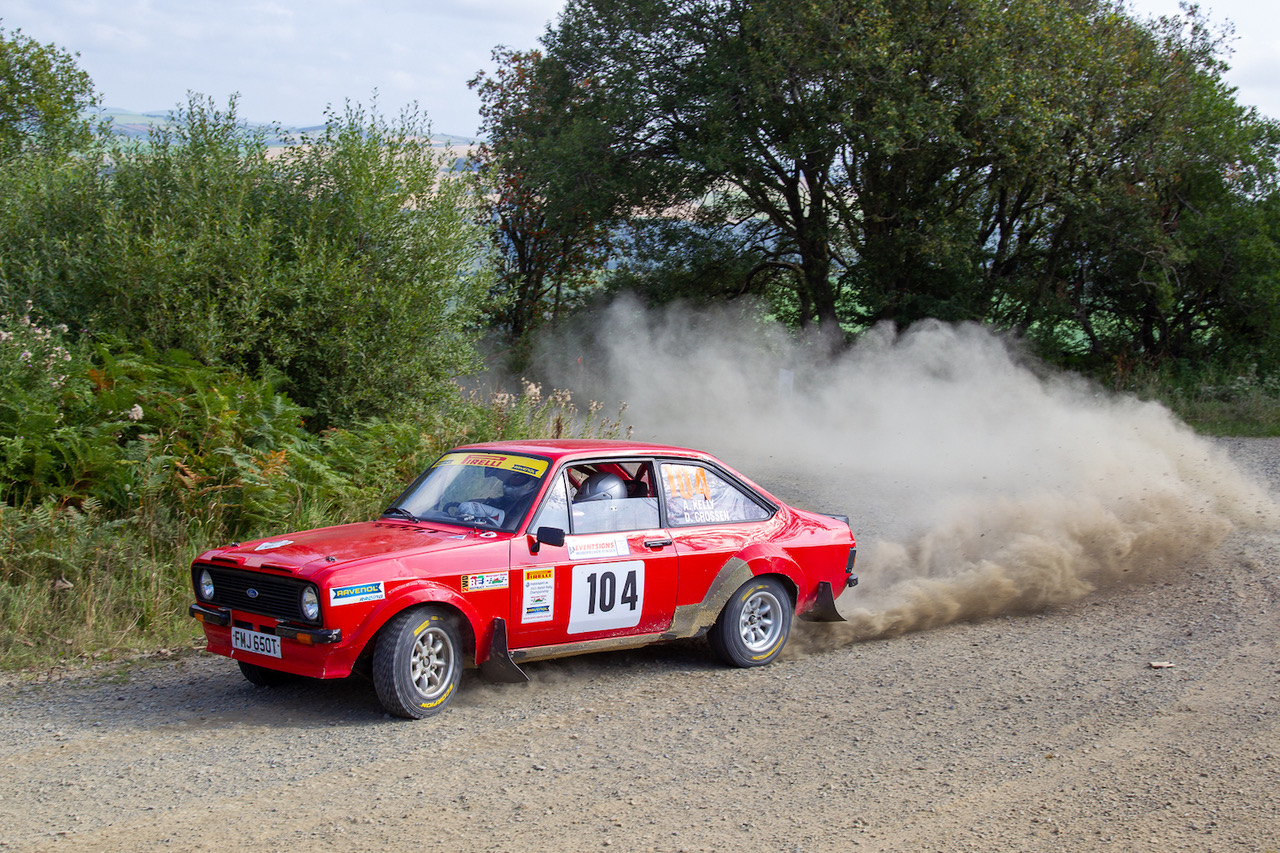 David Crossen is enjoying a magnificent season in his Escort Mk2 as he heads to North Wales looking for this third straight win in the Restruct-sponsored Two-Wheel Drive category. The Comber driver also leads the RAVENOL UK Welsh Challenge and will be co-driven on the Cambrian by Aileen Kelly.

Ashley Davies is currently second in the Welsh Challenge and, partnered by Sam Fordham, will be aiming to close the five point gap in his Escort Mk2.

Having finished third on both the previous rounds, Owen McMackin is second in the Two-Wheel Drive standings, just 10 points behind in his Escort Mk2. He will be co-driven by Lee Taylor. 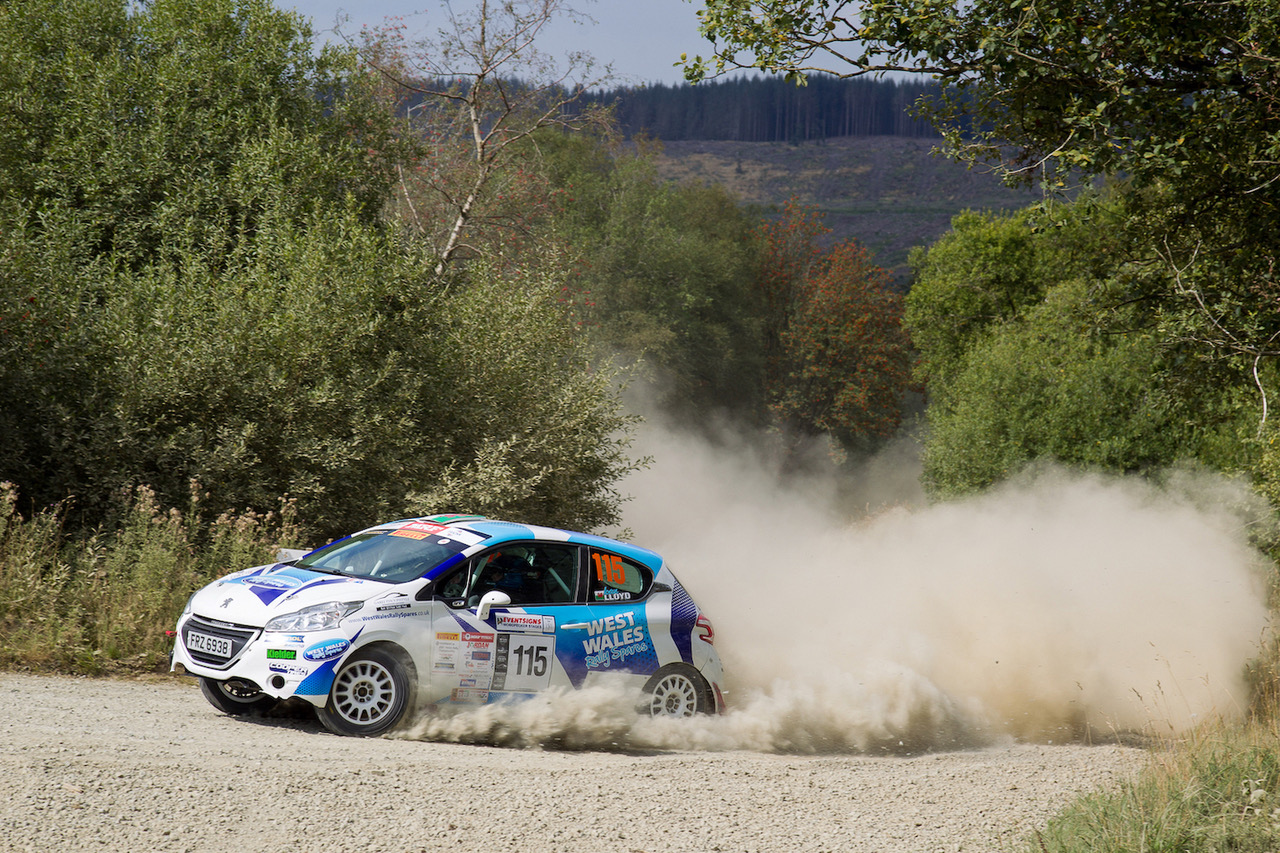 Ioan Lloyd(Pictured) is third in both the Two-Wheel Drive and Welsh Challenge classes after a magnificent season in his West Wales Rally Spares Peugeot 208 R2. Co-driven by Sion Williams, the youngster also leads W4 after winning the class twice, while Jonathan Jones (co-driven by Alan Walker) is close behind having finished second twice in his Ford Fiesta R2. 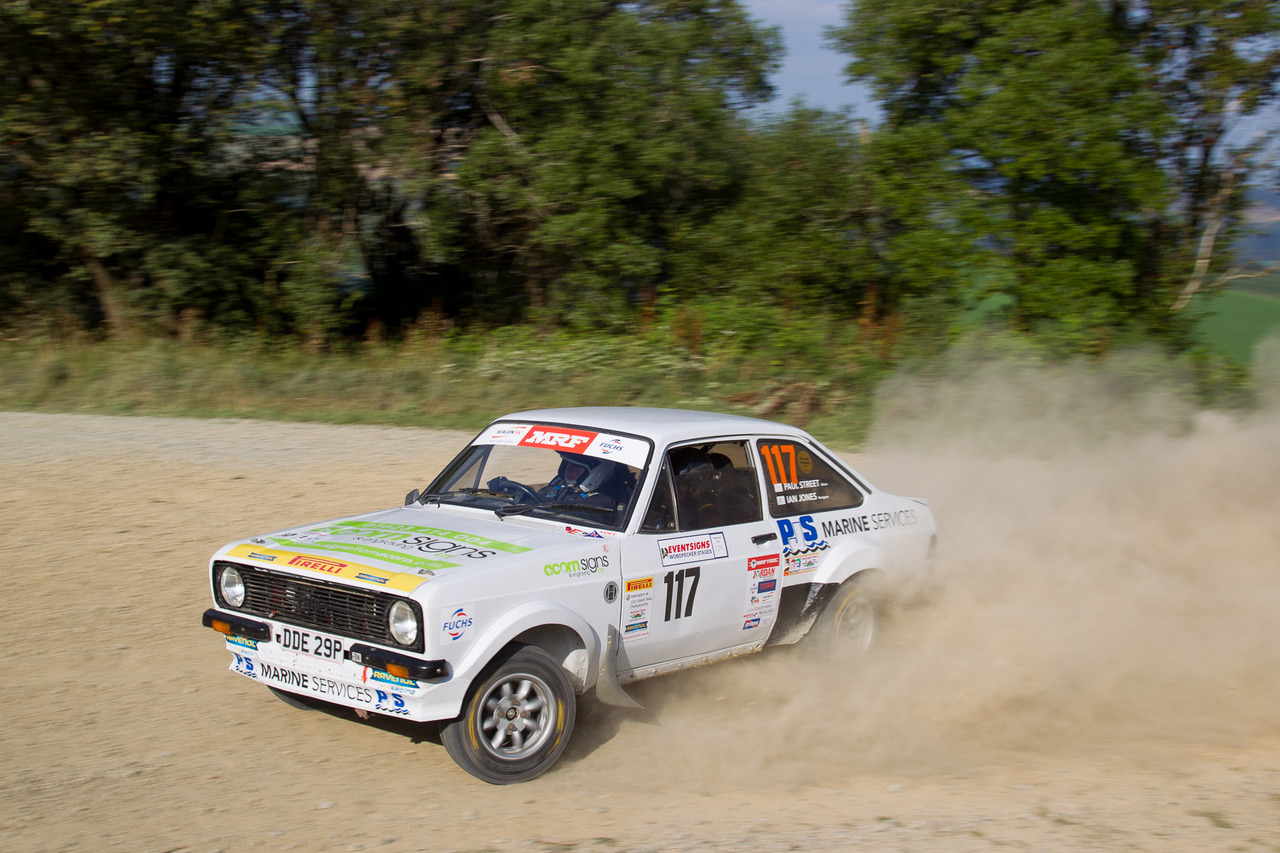 Paul Street(pictured) has a great opportunity to take the lead in the hotly contested Pirelli Welsh Historic Cup. He's currently second in the drivers' points table and enjoying a great season in his Escort RS1800 Mk2, while his navigator Ian Jones leads the co-drivers' category. 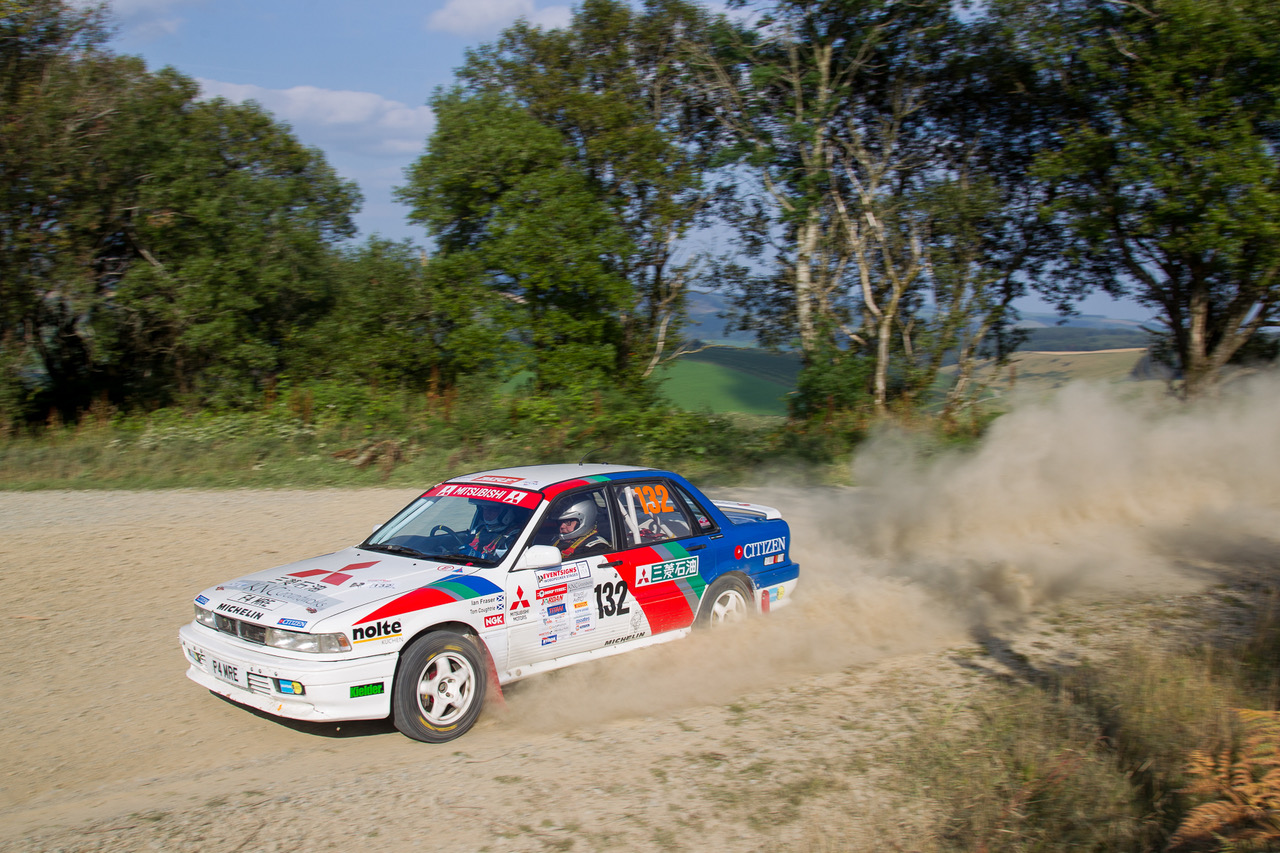 They'll be pushed hard by the likes of Tom Coughtrie/Ian Fraser (pictured) in their Mitsubishi Galant VR4 and Michael McDaid/Declan Casey and Robert Gough/Aled Edwards in a pair of Escort RS1800 Mk2s. 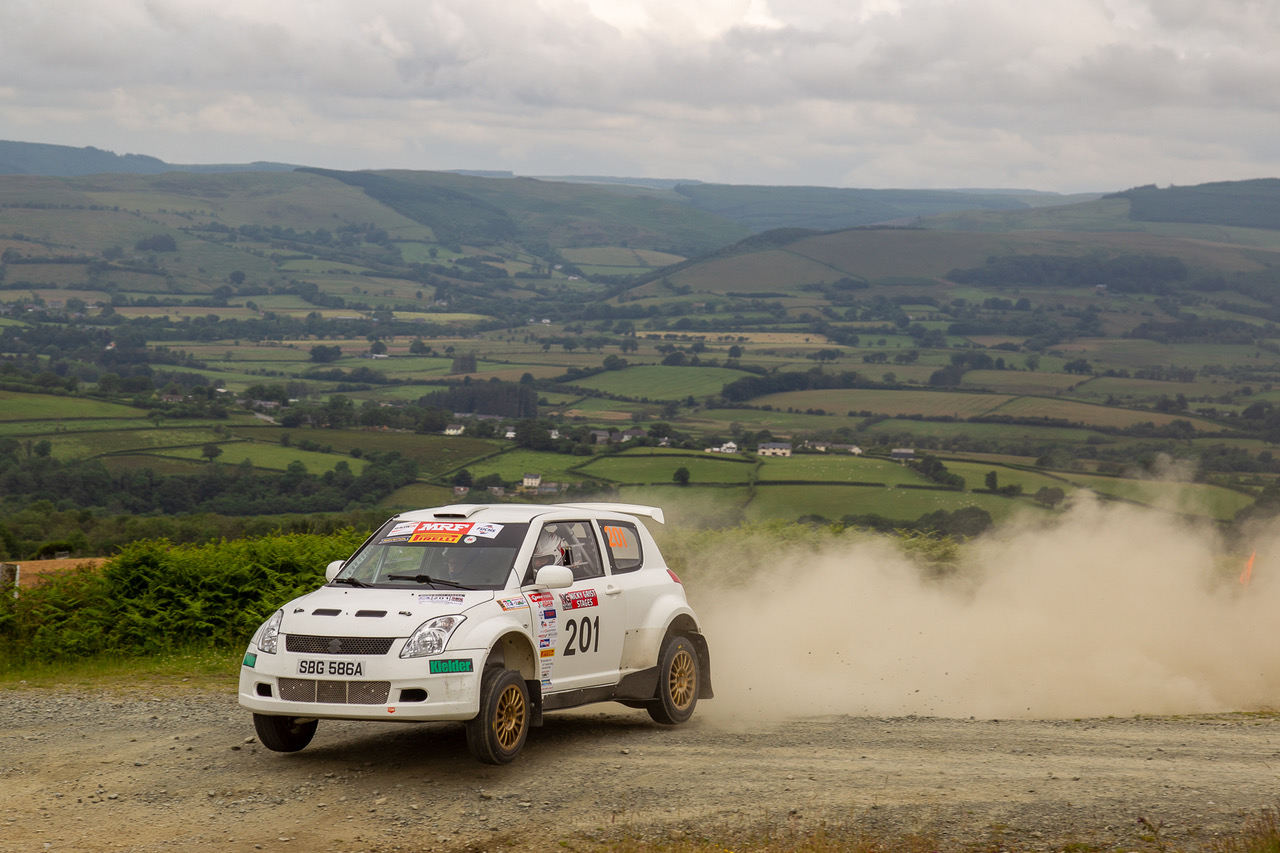 Steve Black(above) leads class W3 in his 586 Sports Suzuki Swift 1400 and he and co-driver Paul Morris will be hoping to bounce back from an early retirement on the Woodpecker with a good result. That DNF has allowed Dave Brick to close up in his Vauxhall Nova and together with Toby Brick on the route notes the battle for the class title will be intense.

Maxx Bradshaw will be aiming to close the 11 point gap on Lepley in the Pirelli Welsh Junior category, and together with co-driver Liam Whiteley brings his Renvo8/DB Autos & Sons Mitsubishi Evo III over from the Isle of Man.

Ricky Crone is just two points ahead of Robi Wood in the Pirelli Welsh Road Rally class in a pair of Escort Mk2s, while Graham Thatcher is a close third in his Peugeot 206GTi. Co-driven by Daniel James, Osian Davies and Tim Samuel respectively, their battle for the newest class title will continue. 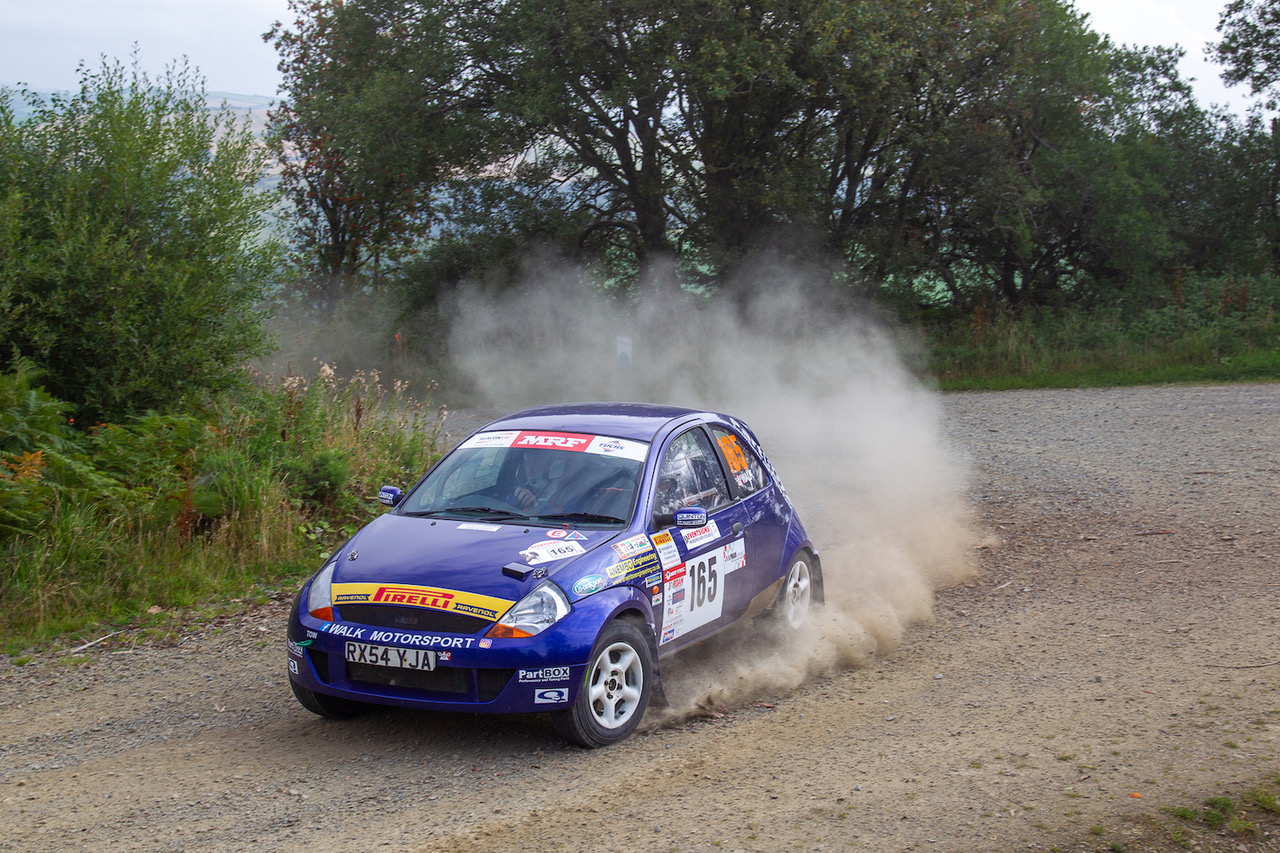 Adrian and Matthew Walk (pictuerd) will be looking to take the lead of class W2 in their PartBOX Ford Ka, while Dan Jones/Cyril Jones could wrap up the class W10 trophy if their winning streak continues in their Vauxhall Nova. 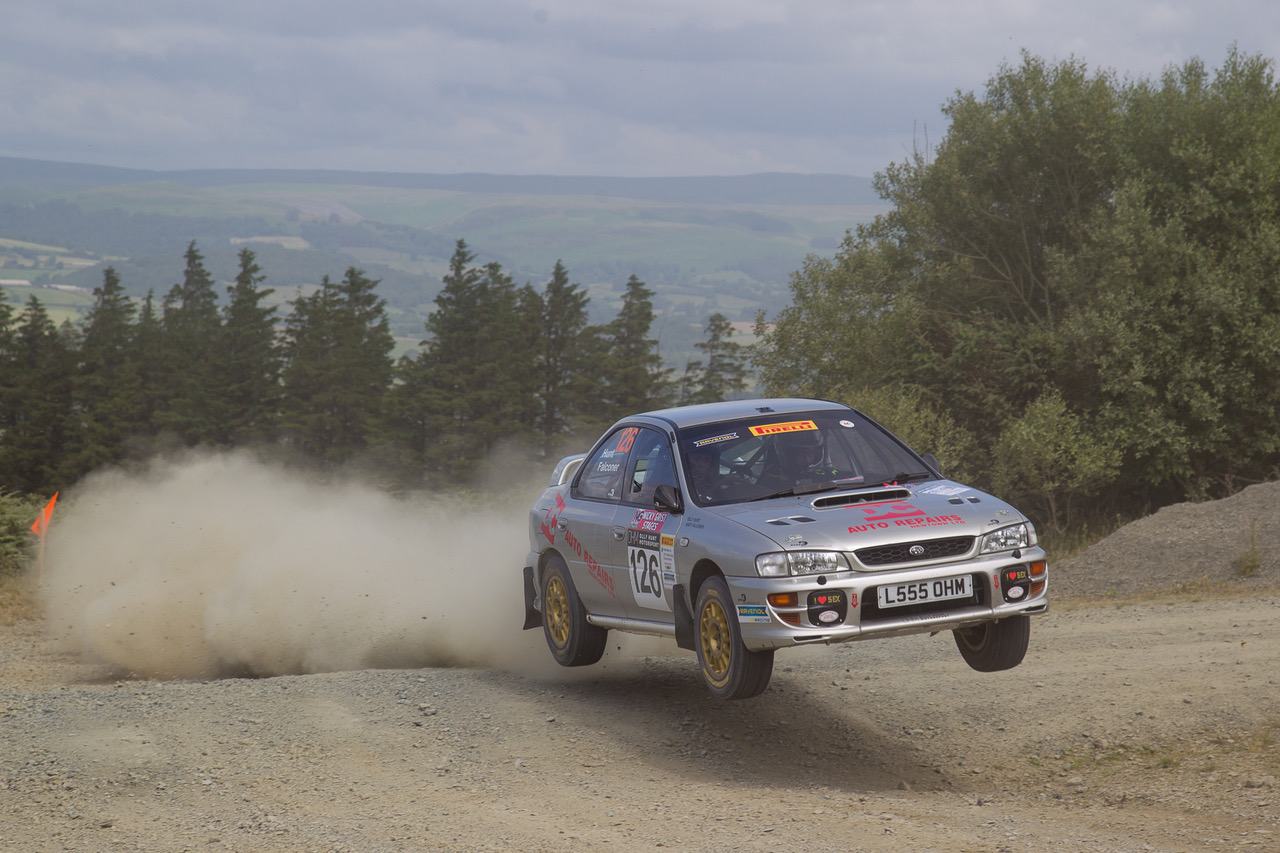 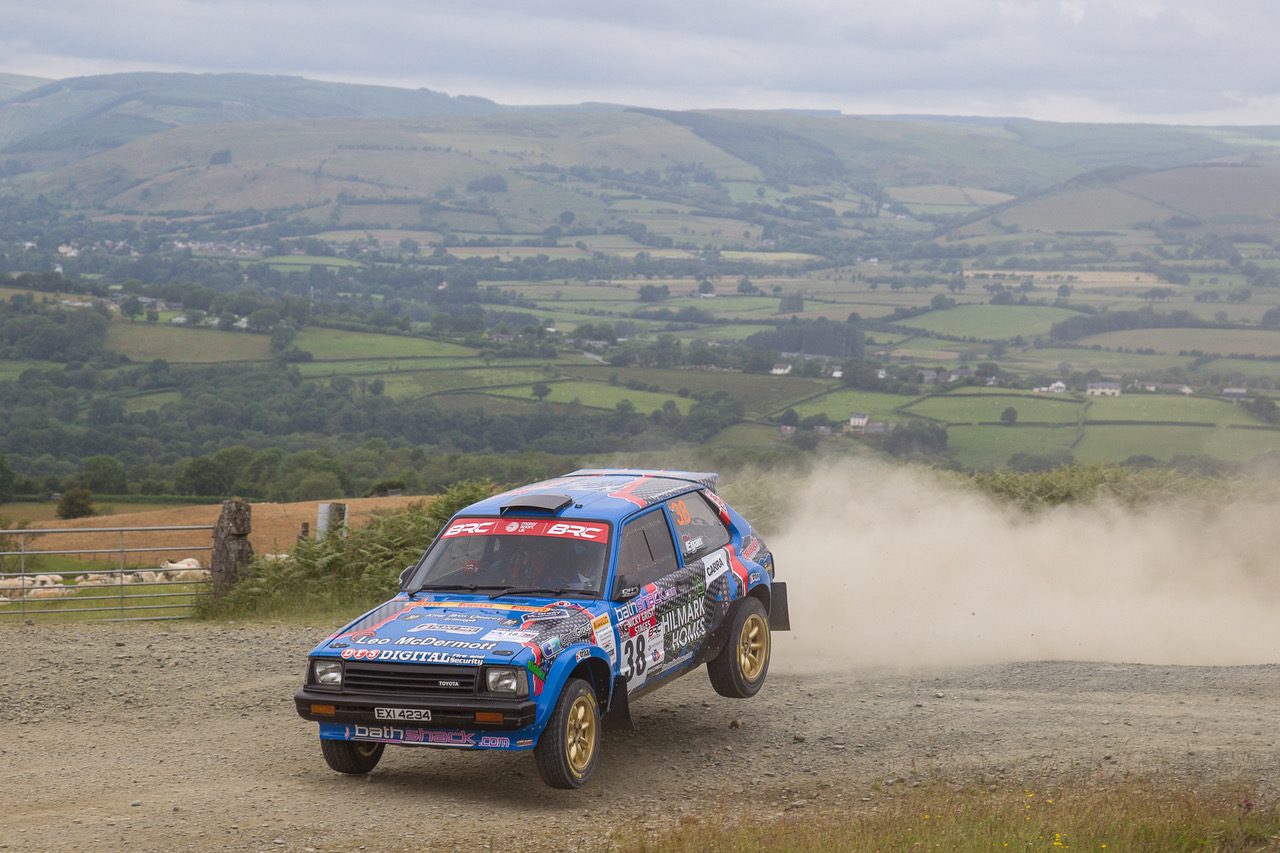 Sideways Media will once again film all registered Pirelli Welsh National Rally Championship competitors and broadcast a multi-film edited highlights package on the Championship's Facebook and YouTube channels in the week after the event, featuring all classes.

There will also be live coverage and interviews during the event, broadcast on the Pirelli Welsh National Rally Championship social media channels.

This year's Visit Conwy Cambrian Rally contains seven stages totalling just over 44 stage miles through the classic forests of Gwydir, Penmachno and Alwen, together with the final challenge of a new asphalt stage which has only been used before on road rallies. The service area will be located at Coleg Llandrillo.

Spectators are welcome and tickets must be purchased in advance via the event's website: cambrianrally.co.uk. The cost of the ticket includes vehicle car parking, an event programme and access to one stage.