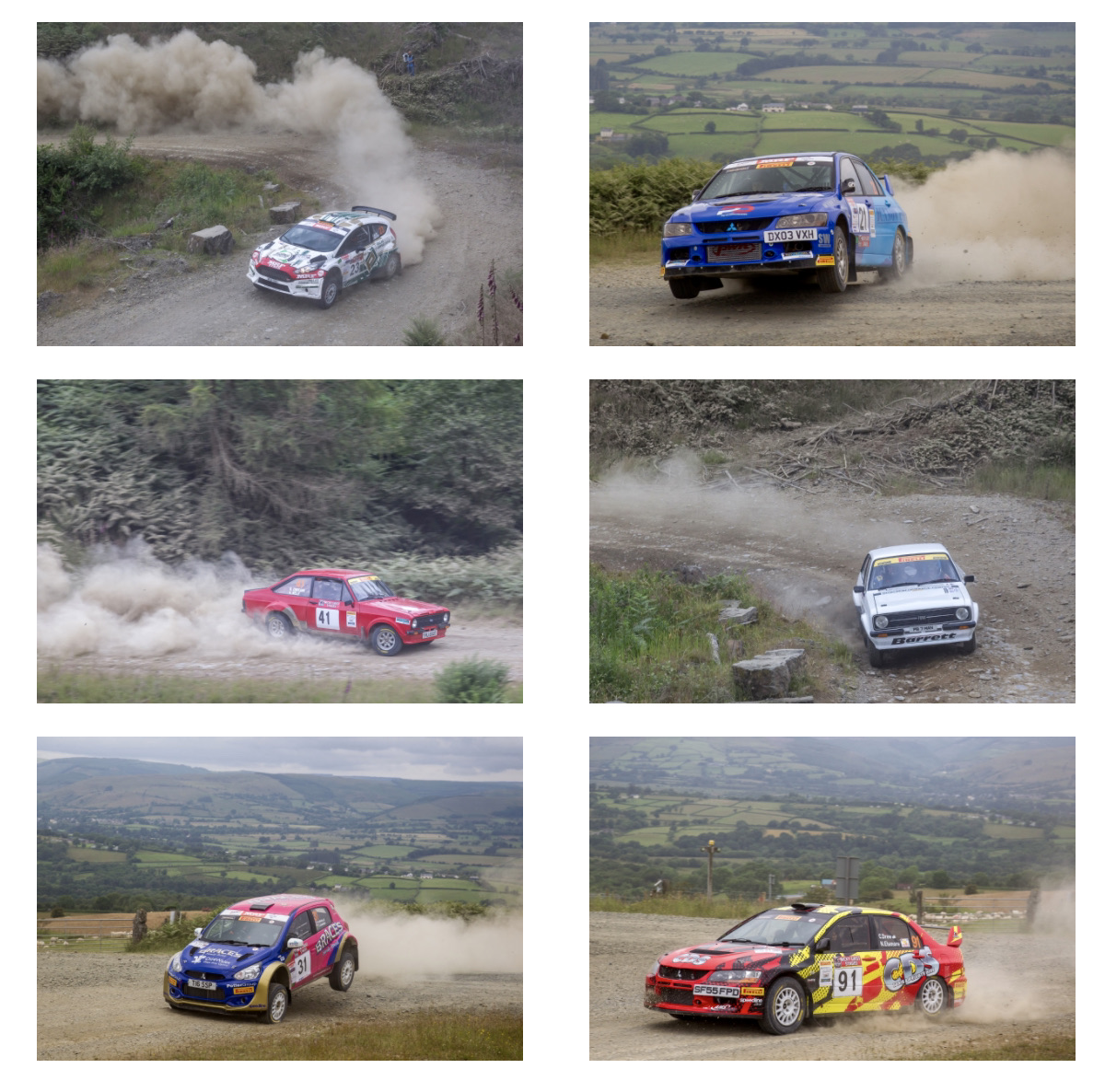 Callum Black will be aiming to extend his early lead at the top of the 2021 Motorsport UK
Pirelli Welsh National Rally Championship when Round 2 of the series, the
Eventsigns Woodpecker Stages, takes plac on Saturday 4 September.
Black and co-driver Jack Morton won the opening round, the Nicky Grist Stages, in
their 586 Sports team-prepared Ford Fiesta R5. They go into the next round three
points ahead of Ian Bainbridge/Will Atkins, who will be out to turn the tables in their
Å koda Fabia R5.

George Lepley/Tom Woodburn finished third on the opening round in their AMS-
tuned Mitsubishi Evo X and arrive at the Woodpecker also leading the Welsh Junior
Championship. With the top Junior driver end-of-season prize of a test in a PCRS
Rallysport-prepared Hyundai i20 R5, courtesy of OnThePaceNote, up for grabs,
Lepley will be keen to extend that advantage - although he will be chased hard by
the likes of Jason Black/Karl Egan (Toyota Starlet), Gethin Price/Matthew Baddeley
(Nissan Micra), Maxx Bradshaw/Liam Andrew Whiteley (Mitsubishi Evo III) and Aoife
Raftery/Dylan Doonan (Ford Fiesta).
Former Welsh Junior champion Tom Llewellin had a great run on the Nicky Grist
Stages to come home fourth on his rally debut in a four-wheel drive car. Co-driven by
Ross Whittock, he'll be keen to once again get maximum mileage in his Mitsubishi
Mirage.

There will also be a number of crews aiming to kick-start their title assaults after a
difficult start. These include the 2019 Pirelli Welsh National Rally champions
Matthew Hirst/Declan Dear, who finished 11th on the Nicky Grist after an engine
misfire and a broken driveshaft in their Mitsubishi Evo IX.
The 2019 championship runner-up Russ Thompson has already dropped a score
courtesy of snapping a pair of driveshafts on his Mitsubishi Evo IX. Partnered this
time by Stephen Link, good results from here on in are essential if he's to challenge
for the title this year.

Bob Morgan/Adrian Williams will be hoping that their Å koda Fabia's brake issue
which forced them to non-score last time out are fixed, while the 1990 Woodpecker
Rally winner Graham Middleton, co-driven by Steven McPhee, is set to make his first
appearance of the season in his Mitsubishi Mirage.
David Crossen will be aiming to extend his lead in the Restruct-sponsored Two-
Wheel Drive category, as well as closing in for the lead of the RAVENOL UK Welsh
Challenge category. This time the Comber driver will be partnered in his rapid Escort
Mk2 by Darren Curren.
Ron Morgan will also contest the event in his newly built Escort Mk2. He'll be co-
driven by Marc Clatworthy.

As always, there is a high calibre of Escorts on the entry list. Paul Barrett/Gordon
Noble lead the Historic class in their Escort Mk2, while Owen McMackin/Lee Taylor
and Ashley Davies/Sam Fordham will also be aiming to continue their good starts to
the season in their Escort Mk2s.

Having retired from the opening round when their Escort Mk2's engine cut out,
Jonathan Brace/Paul Spooner will be hoping for better luck on the Woodpecker.
Likewise, Ben Friend/Cliff Simmons will be aiming to bounce back in their Escort
Mk2, after a broken differential put them out of the Grist.
Also expected to go well are the likes of Paul Street/Ian Jones (Escort RS1800 Mk2)
former Pirelli Welsh National Rally champions Pete Littler/Andy Marchbank (Escort
Mk2), Ricky Crone/Daniel James (Escort Mk2) and Phil Clarke/Steve Pugh (Escort
Mk2).
Having blown the cobwebs off on the Nicky Grist by contesting his first event since
the 2015 Wyedean Stages Rally, expect Nik Elsmore to be back on the pace in his
Mitsubishi Evo IX. He had only done three rallies in the last 12 years but, together
with co-driver Craig Drew, was quickly into his stride - and will be one to keep an
eye on this time for sure.

Wug Utting is likely to be more up to speed too. He'd only had a replacement hip
operation a month before the Nicky Grist, so expect him to be back to his old self
when he and co-driver Bob Stokoe hit the Woodpecker stages in their Subaru
Impreza STi N12.

The Pirelli Welsh National Rally Championship launched a new online video service
on the Nicky Grist Stages, with the first round of the series attracting 272,000 views.
In response to this fantastic audience figure, experienced motorsport broadcaster
Sideways Media will increase its ability to capture the very best of the action with five
cameras on the Woodpecker. It will edit this footage with onboard action and driver
interviews and expert analysis from Howard Davies and Eifion Jones for an exciting
new multi-film edited highlights package, dedicated to registered Championship
contenders in every class, to be broadcast on the Championship's Facebook and
YouTube channels in the week after the event.

Organised by Sixty and Worcestershire Motor Club, this year's non-spectator
Woodpecker Stages will take place entirely within the Radnor forest complex in
Powys, and contain 44 stage miles on roads which are in superb condition.
Further details on the 2021 Motorsport UK Pirelli Welsh National Rally
Championship, together with registration information, can be found online at:
wnrc.wamc.org.uk.

For more information, please contact:
Paul Evans
07710 743167 / This email address is being protected from spambots. You need JavaScript enabled to view it.