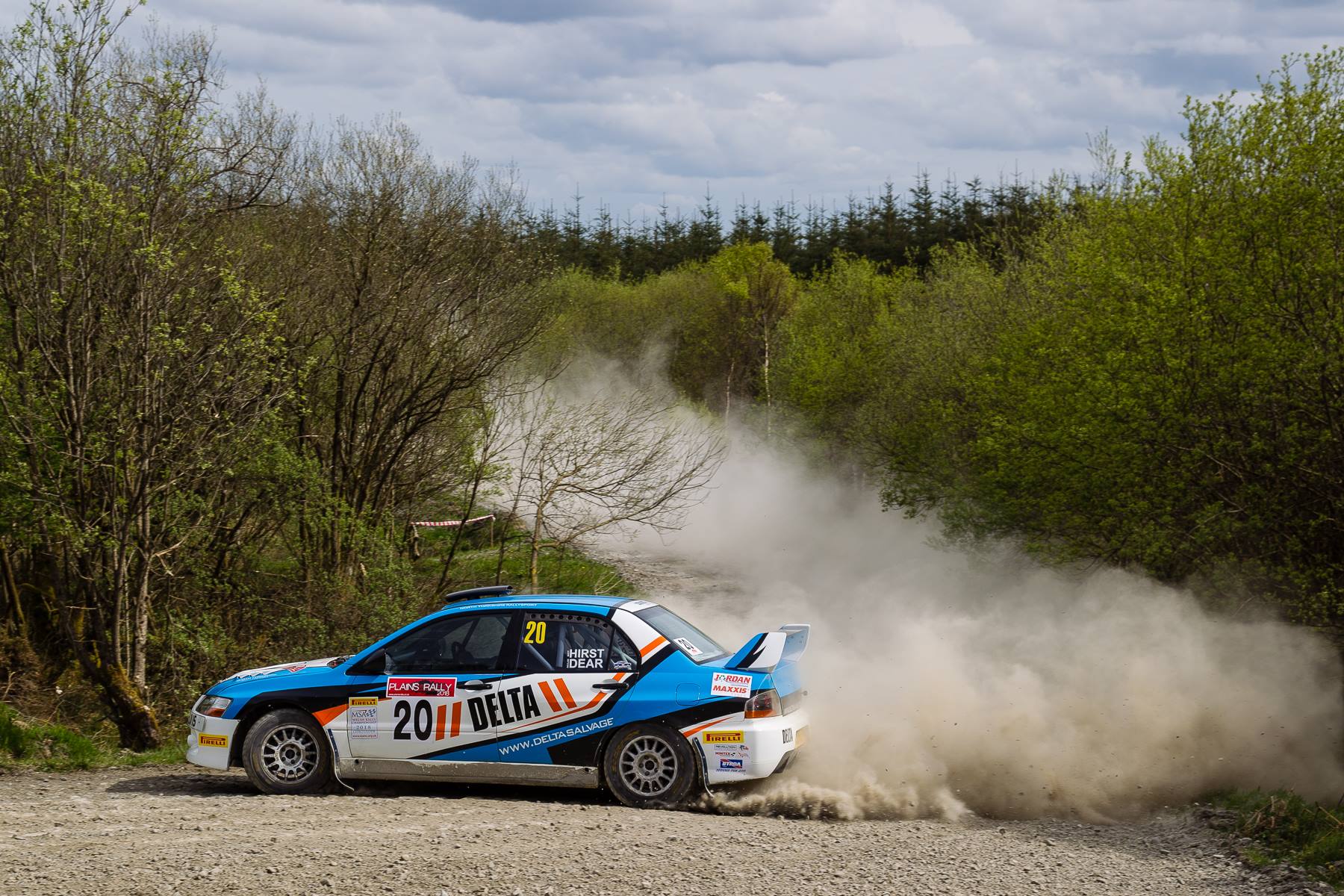 The picturesque coastal resort of Llandudno will play host to this weekend’s Cambrian Rally, and the opening round of the prestigious Motorsport UK Pirelli Welsh Rally Championship in association with Ravenol UK.

This year’s Pirelli Welsh championship already looks like it’s going to be a fascinating battle throughout each of the classes, the series consists of 8 high quality rallies throughout Wales and the Borders, offering competitors a variety of top quality gravel roads from the tight and twisty, to the fast, flowing, sweeping roads which makes it so appealing to competitors nationwide.

This weekend’s Cambrian Rally offers championship contenders not only the chance to compete against their counterparts from both the British Rally Championship and BTRDA, but to sample the classic North Wales forests, as well as the notorious tarmac of the Great Orme, from its Llandudno base, with the service area based in the college at Rhos on Sea.

Over 100 cars will leave the promenade start at 9am on Saturday morning for 7 tests making up some 45 miles of competition before returning to the promenade finish on Saturday afternoon. It will be up and coming youngsters George Lepley and Tom Woodburn leading the championship contenders away in their WD 40 backed Mitsubishi Lancer Evo 10 seeded at car 10, with a host of Skoda Fabia R5’s in the hands of Dylan Davies and Llion Williams, Iain Bainbridge with new co driver Dale Bowen and Karl Simmons with Mark Glennerster, hot on his heels. The Ford marque is represented by Sacha Kakad & James Aldridge and husband and wife duo Martyn & Dawn England in a pair of Fiesta R5’s. Reigning champions Matt Hirst and Declan Dear (Pictured) won't give up their title easily in the Delta backed Evo 9 and start from 23. One place ahead is another Lancer Evo 9 of the rapid Northerner Russ Thompson with Andy Murphy calling the notes. (Pictured) 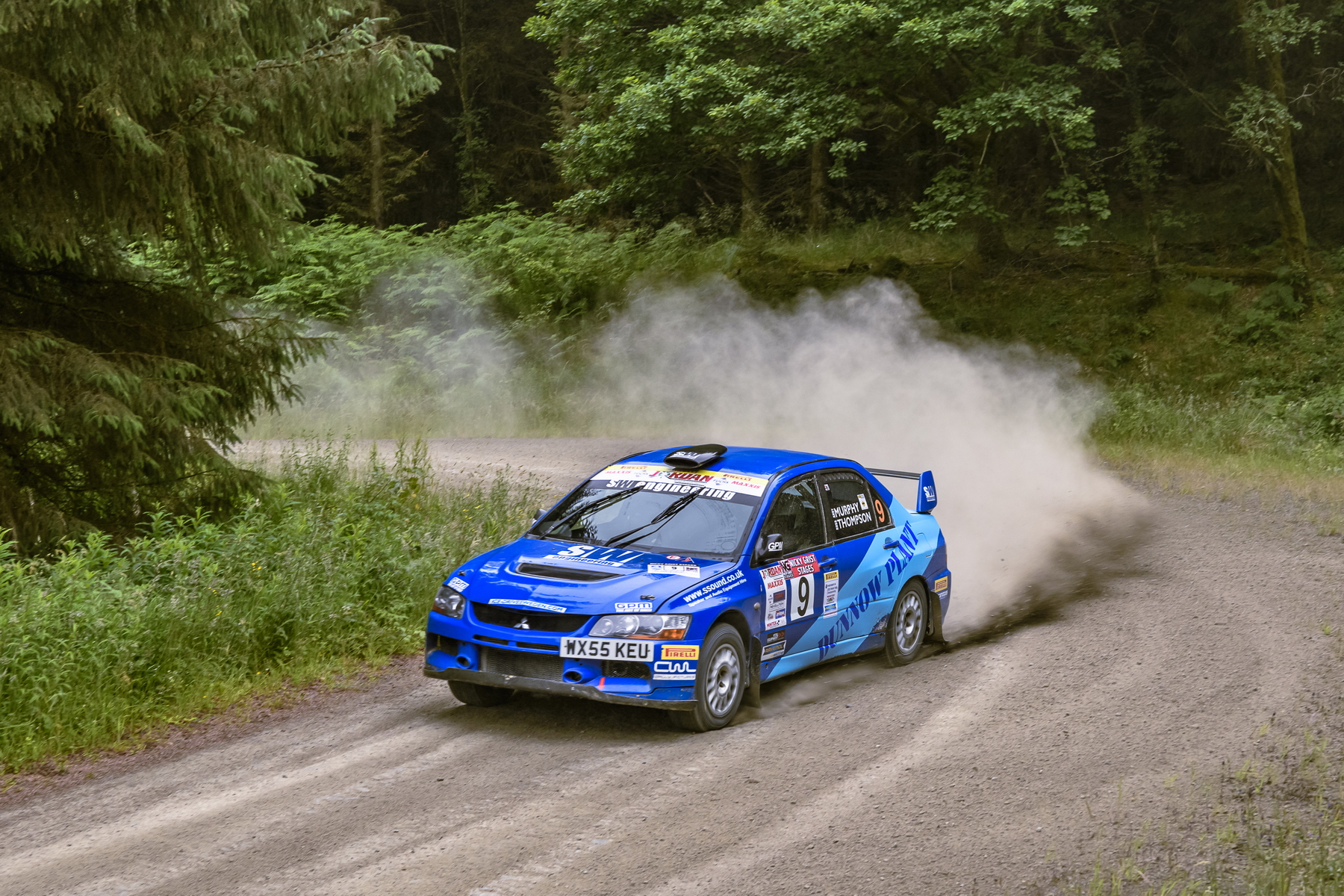 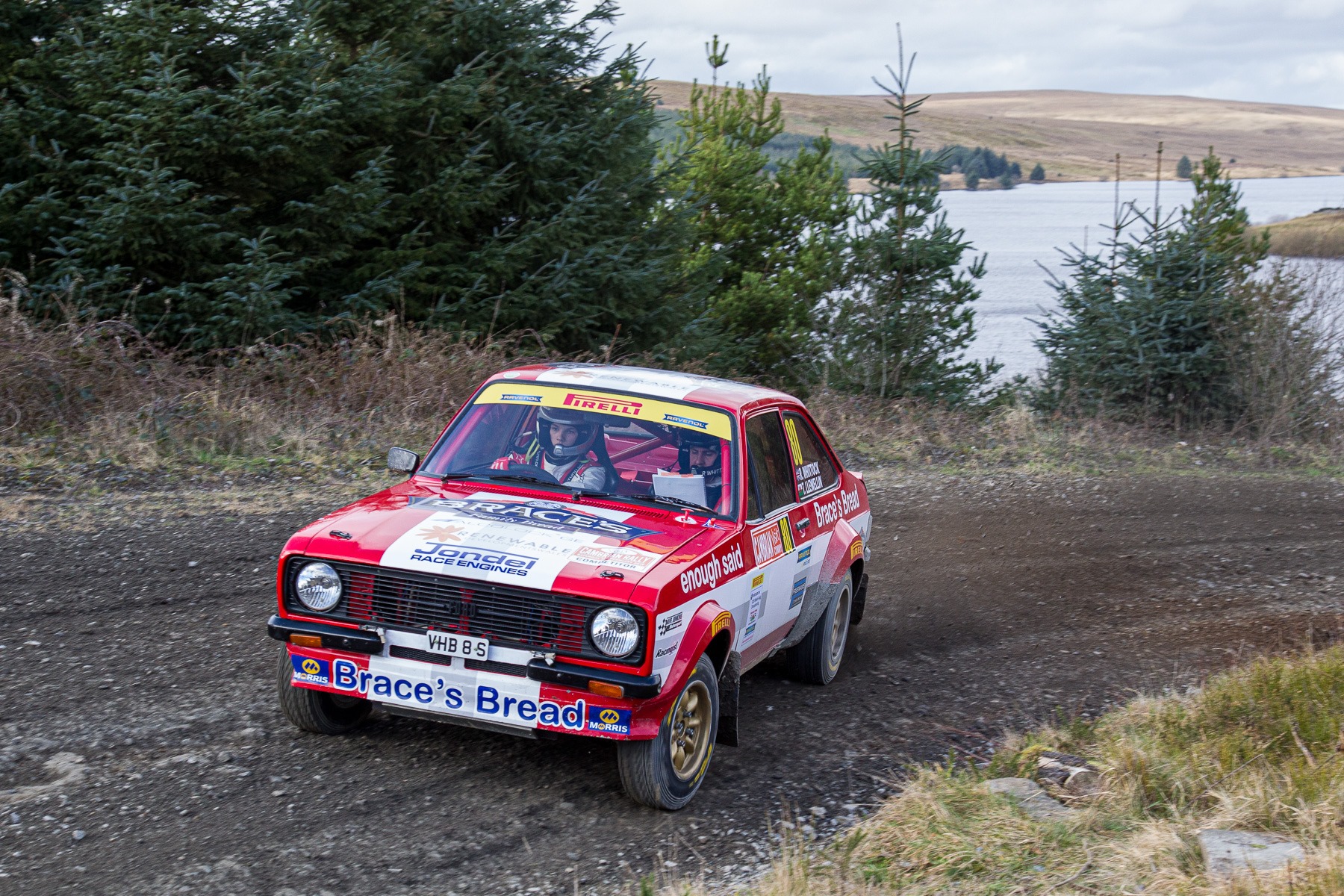 Further down the entry local crews registered for Welsh championship points include the Lancer Evo 6 of Fraser Martin co-driven by Abergele based Ian Jones.

In the R2 class Ludlow’s Perry Gardner will be guided by the experienced Andrew Sankey in the TNT Tyres Fiesta R2 and will do battle with the similar Castrol backed car of Welshpool’s Zac Hughes & Will Atkins.

In the 1400 and H1/2 Category running at the head of the field, the Sunbeam of Chris Powell with Jim Lewis in the hot seat, will be embroiled in a battle with fellow 1400 crews Steve Black and Paul Morris in 586 Sports Suzuki Swift, the quick Nova of Dave Brick, with locals boys Hefin Lloyd Davies & Rich Jones in the PEC Tyres Corsa, in the H1/2 Historic section the impressive Rory McCann with the veteran co-driver Tim Tugwell in a Hillman Avenger will be hard to catch but local crew David Lloyd Roberts will benefit from Emyr Hall’s knowledge in the Escort RS will battle with Robert and Iestyn Williams in a similar car for local bragging rights. James Dunkley & Colin Jenkins Vauxhall Corsa will battle it out with Gethin Price and Matt Baddeley in there Nissan Micra for class honours.

Spectator information about the event, organised by North Wales Car Club, can be found on the official event web site, www.cambrianrally.co.uk  More information on the Motorsport UK Pirelli Welsh Forest Rally Championship can be found at wnrc.wamc.org.uk, on the Championship Facebook page and on Twitter @WnRC.