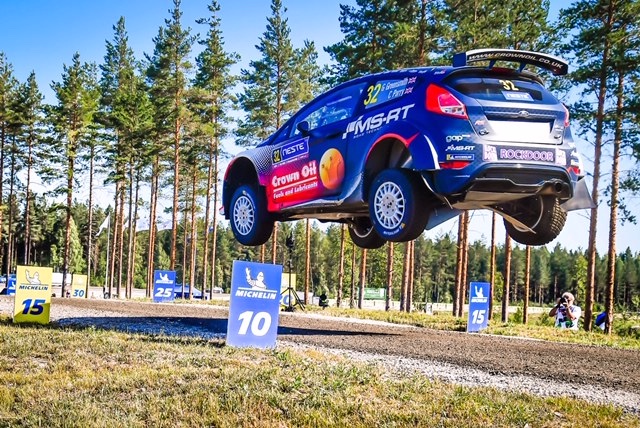 The partnership will be the preferred note suppliers for each round of the Championship, offering registered contenders notes for each round in a variety of formats at a fixed price of £50 per event including p&p. A two camera angle DVD of every stage will also be available for £20 per event.

In addition to the notes, the duo will also be carrying out a second survey of the stages immediately before each event, with updated information being provided to customers at a briefing to be held at signing on.

Between them Killian and Craig have over 100 WRC starts giving them a wealth of experience in note-making and Craig will be sharing that experience with registered junior Championship contenders through a mentoring programme currently being developed with the series organisers.

The Welsh man was, unfortunately, forced to retire from competitive co-driving because of injuries sustained in a testing accident in August. Now he is looking forward to the next phase of his motor sport career.

Commenting on the tie up with the Welsh Championship, Craig said, “Killian and I are delighted to be linking up with such a popular series which has grown spectacularly in recent seasons.”, adding, “I am also excited by the prospect of working with the next generation of co-drivers and helping them develop their careers.”

You can find out more about Killian and Craig’s route note service by contacting them at This email address is being protected from spambots. You need JavaScript enabled to view it. and about the Pirelli MSA Welsh Forest Rally Championship at wnrc.wamc.org.uk, on the Championship Facebook page and on Twitter @WnRC.