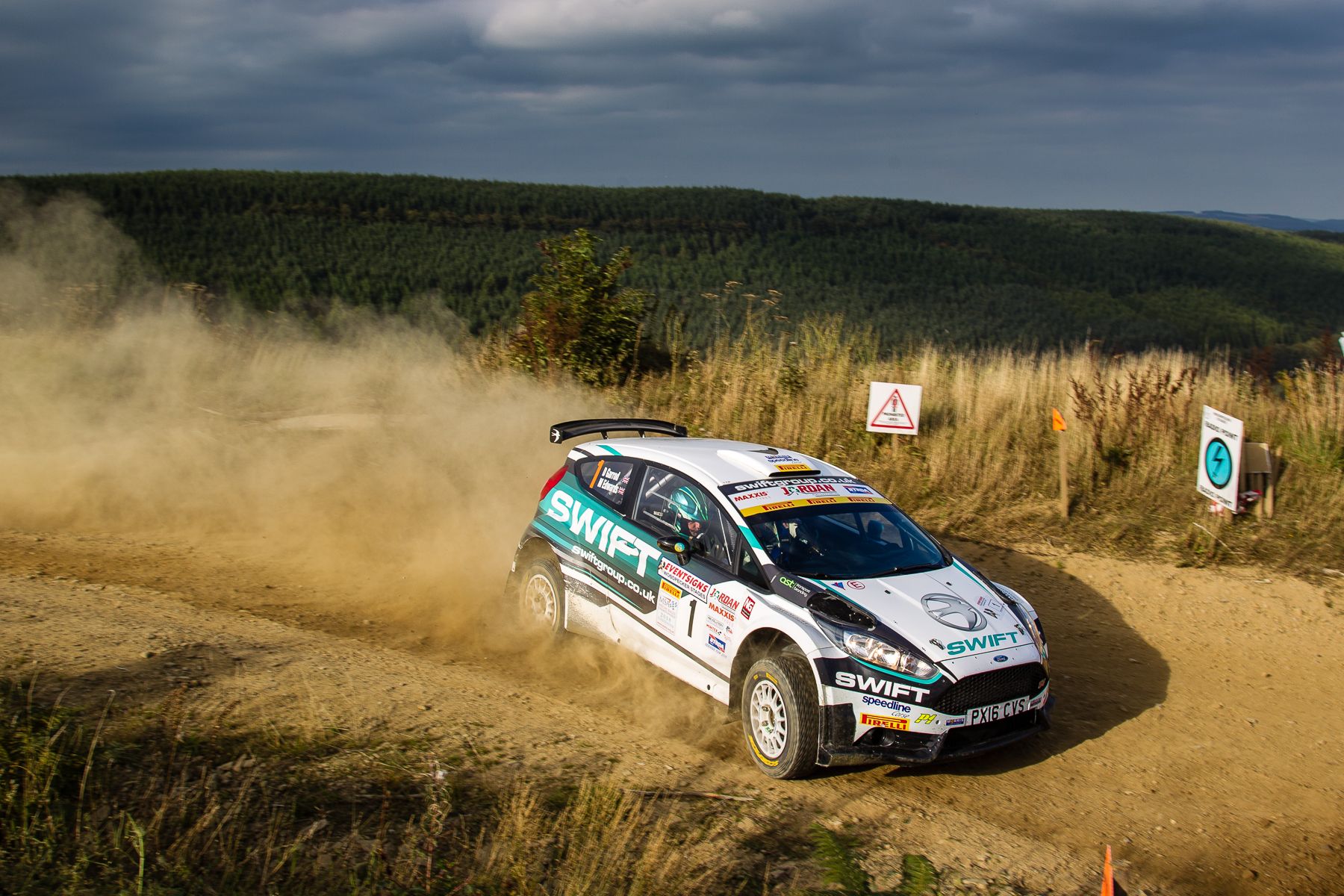 Matt Edwards and Darren Garrod overcame late dramas on Saturday’s (1st Sept) Eventsigns Woodpecker Stages Rally to take their fourth victory of the year in the Pirelli MSA Welsh Forest Rally Championship. That win also secured for them a free entry on Wales Rally GB, part of the Road to Wales initiative of IMS, promoters of the British round of the World Rally Championship.

The Llysfaen driver and his co-driver, from Pwllheli, opened up a 14 second lead on the first of the rally’s seven stages and maintained their advantage all the way to the finish of the event at Ludlow Racecourse. It could have been a different story however, with their Ford Fiesta picking up a puncture on the penultimate stage of the event. They were forced to drive five miles on the deflated tyre with the flailing rubber inflicting significant damage on the car’s bodywork. Despite that they managed to get the Fiesta across the finishing line to take the victory.

Second place went to former champions Luke Francis, from Rhuddlan and his Colwyn Bay co-driver John H Roberts. They were denied the chance to make a late challenge for victory when they too picked up a puncture on their Fiesta World Rally Car.

Third place went to West Country husband and wife team Martyn and Dawn England in their R5+ specification Fiesta while Dylan Davies, from Llanon and Caernarvon’s Llion Williams took fourth place in their Subaru Impreza, ensuring that they take a narrow lead into the final round of the Championship.

Fifth place for Matthew Hirst and co-driver Declan Dear was enough to ensure that the young Mitsubishi Evo IX driver, from Doncaster, takes the 2018 Junior Welsh title for drivers under 23. Group N honours meanwhile went to the similar, but less modified Mitsubishi of Scott Faulkner and Gareth Parry meaning that their Group N title fight with Wug Utting and Bob Stokoe also goes down to the final round. 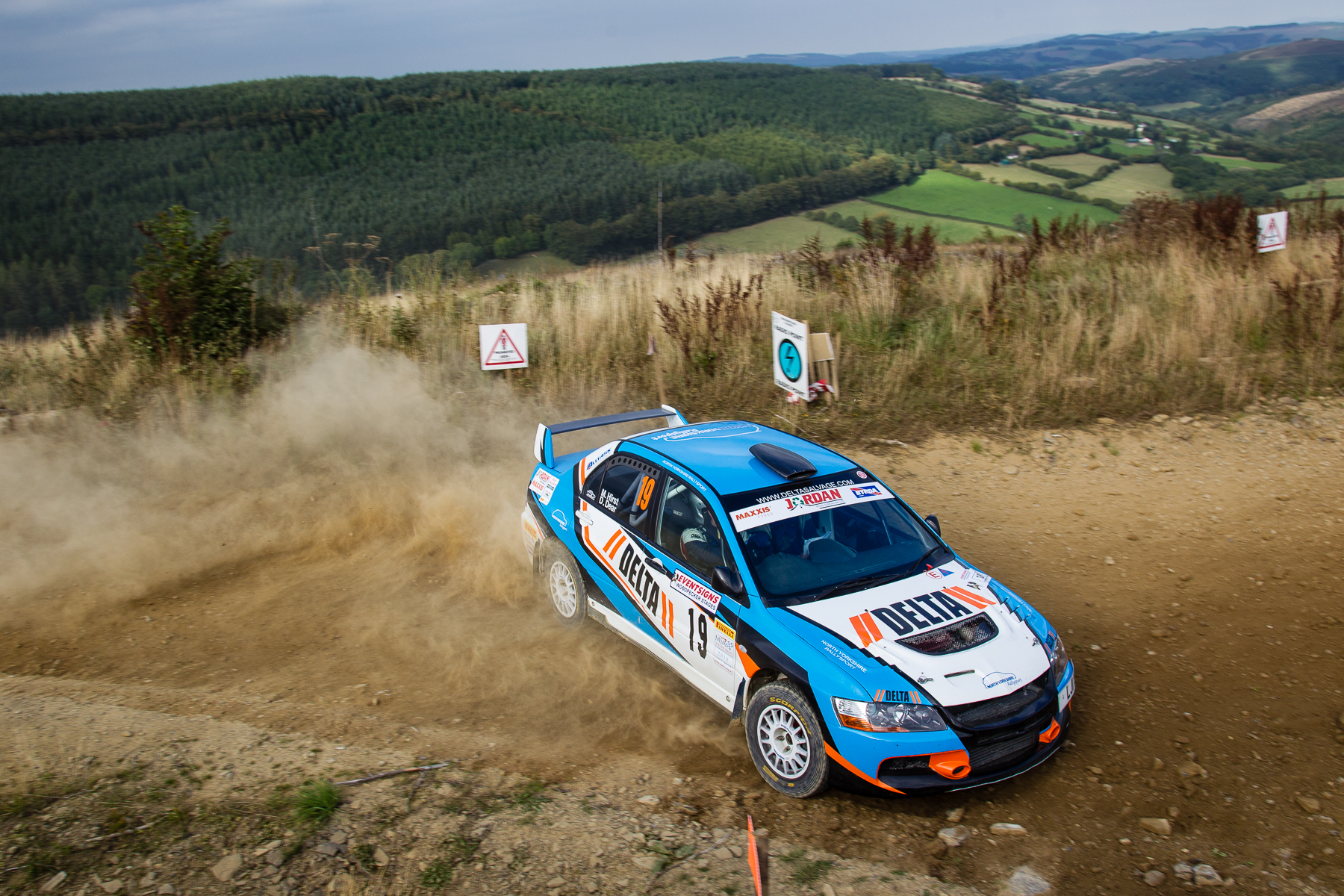 Another crew to suffer late drama on the event were Max Utting and Mike Ainsworth. A track control arm on their Ford Fiesta ST snapped on the very last corner of the final stage. The duo managed to effect a makeshift repair and got back to the Ludlow Racecourse finish with just a few seconds to spare. That means that the Surrey driver has clinched this year’s two-wheel drive title although co-driver Mike Ainsworth will have to wait until the season finale to see if he can secure a title of his own. 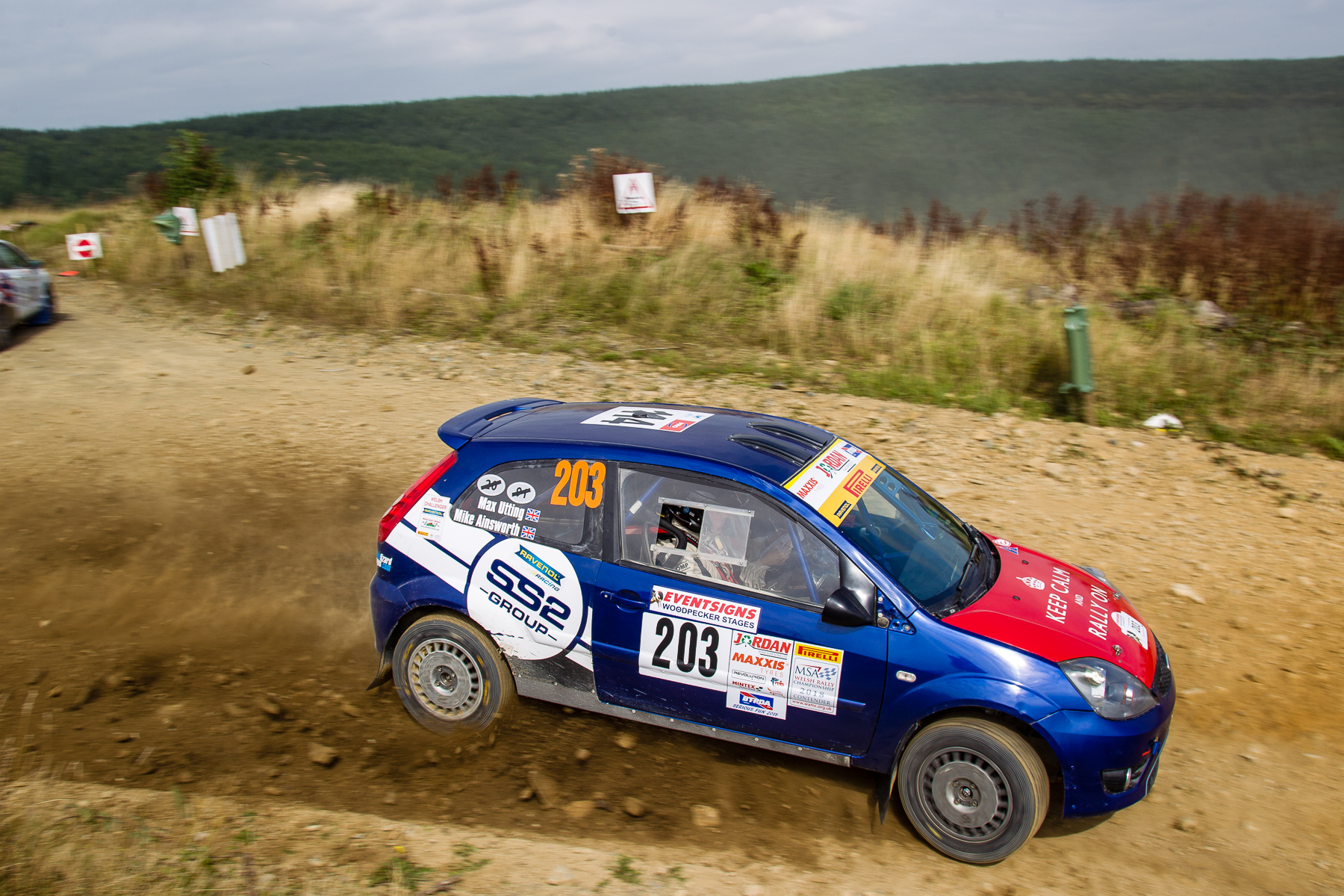 Other title fghts to have been settled include the RAVENOL Freelander class which goes to Alex Howard and George Fleming. Perry Gardner, from Ludlow takes the driver’s title in class W2 with Class W3 driver honours go to Stanton Lacy’s Dave Brick. In Class W4 Steve Deeley from Stourbridge and Alan Proudman of Newport in Shropshire take the driver and co-driver titles respectively and the W5 co-driver’s award goes to Hereford’s Alan Jones. Finally, Treorchy’s Kalvin Green takes the Class N3 driver’s title.

Along with the overall title, Group N title and many of the class awards, the destination of the RAVENOL Welsh Challenge for both drivers and co-drivers will not be settled until the final round of the season, the Winner Garage Wyedean Stages Rally which takes place on November 10th.

The battle for driver honours features Max Utting, Matthew Hirst and Worcester driver Colin Griffiths while Declan Dear, Mike Ainsworth and Geraint Thomas will fight it out among the co-drivers.

Victory on the Woodpecker secured the BTRDA Gold Star title for Matt Edwards, He currently leads the British Rally Championship and is just five points behind Dylan Davies in the Pirelli MSA Welsh Forest Rally Championship.

All eyes are now on the Llysfaen driver to see if he can complete an unprecedented Triple Crown.

Credit for the images  RallySport Media