RED KITE IS PLAIN SAILING FOR DAVIES AND WILLIAMS 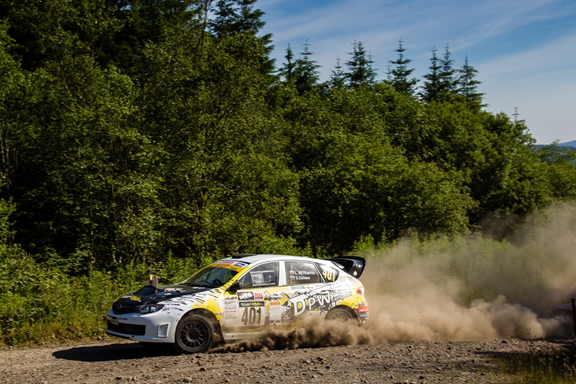 A first maximum points score of the season means that Dylan Davies and Llion Williams retain the lead in the Pirelli MSA Welsh Forest Rally Championship with five of the eight rounds completed.

With the two-wheel drive and four-wheel drive machinery tackling the Red Kite Stages separately, it was Osian Pryce and Dale Furniss who took the initial lead in their historic specification Mark II Escort. Llanfyllin’s Furniss came straight to the event from the PK Memorial Road Rally, where he had driven to victory.

It looked like being two wins out of two until Llanon’s Davies and Williams from Caernarfon completed the same five stages in their Subaru Impreza that the two-wheel drive competitors had tackled earlier in the day.

When they returned to the finish at Resolven, they had pipped Pryce, from Aberangell, and Furniss by 26 seconds. With the Escort mounted duo finishing in second place, third went to the Impreza of Surrey driver Wug Utting and co-driver Bob Stokoe, while Scott Faulkner and Gareth Parry were fourth in their Mitsubishi Lancer Evo IX.

Will Rogers, partnered with Paul Barrett who is not registered for the Championship finished second among the two-wheel drive co-drivers in their Mark II Escort, ahead of the similar Escorts of Steve Bennett and Osian Owen and Rudy Lancaster and Guy Weaver.

Utting and Stokoe also top the Group N standings, for less modified cars, ahead of Treorchy driver Kalvin Green who was forced to retire his Ford Fiesta with a broken stub axle. Phil Spilsted, who was teamed up with Ron Hall in an Impreza, lies second in the Group N co-driver standings.

Despite his retirement, Kalvin Green continues to lead the junior category ahead of Matthew Hirst, who was also a non-finsiher. Rhyl’s Osian Owen is currently top placed junior co-driver, 10 points clear of Keaton Williams who is one point ahead of Gareth Parry.

Max Utting leads the two-wheel drive category despite having to recover from an off road excursion that left his Ford Fiesta ST with two punctures and only one spare wheel. Ffestiniog’s Ieu Rowlands overcame an early misfire on his Hillman Avenger of hold second place in the Championship standings while Hereford driver Colin Griffiths is third despite rolling his BMW Compact out of the event.

In the RAVENOL Welsh Challenge for drivers who have not finished in the top 10 overall on a Championship round, Max Utting tops the table ahead of Matthew Hirst and Colin Griffiths. In the co-driver category, it’s Declan Dear who heads the field from Dei Jones and Alan Proudman.

The next round of the Championship is the Nicky Grist Stages on July 14th. The event, organised by Quinton Motor Club, is based in the Royal Welsh Showground with a Town Centre start in Builth Wells. You can find our more about the rally on the official website, www.nickygriststages.co.uk. More information about the Pirelli MSA Welsh Forest Rally Championship is available on their website, wnrc.wamc.org,uk, on the Championship Facebook page and on Twitter @WnRC. 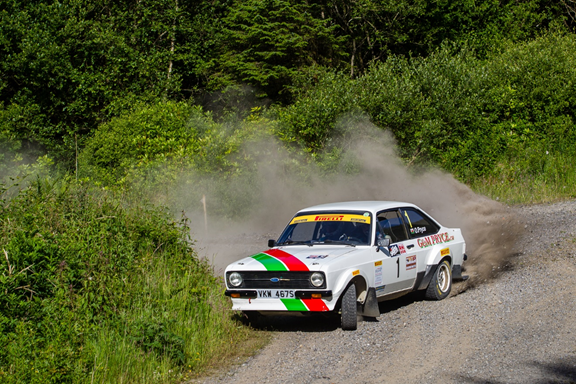