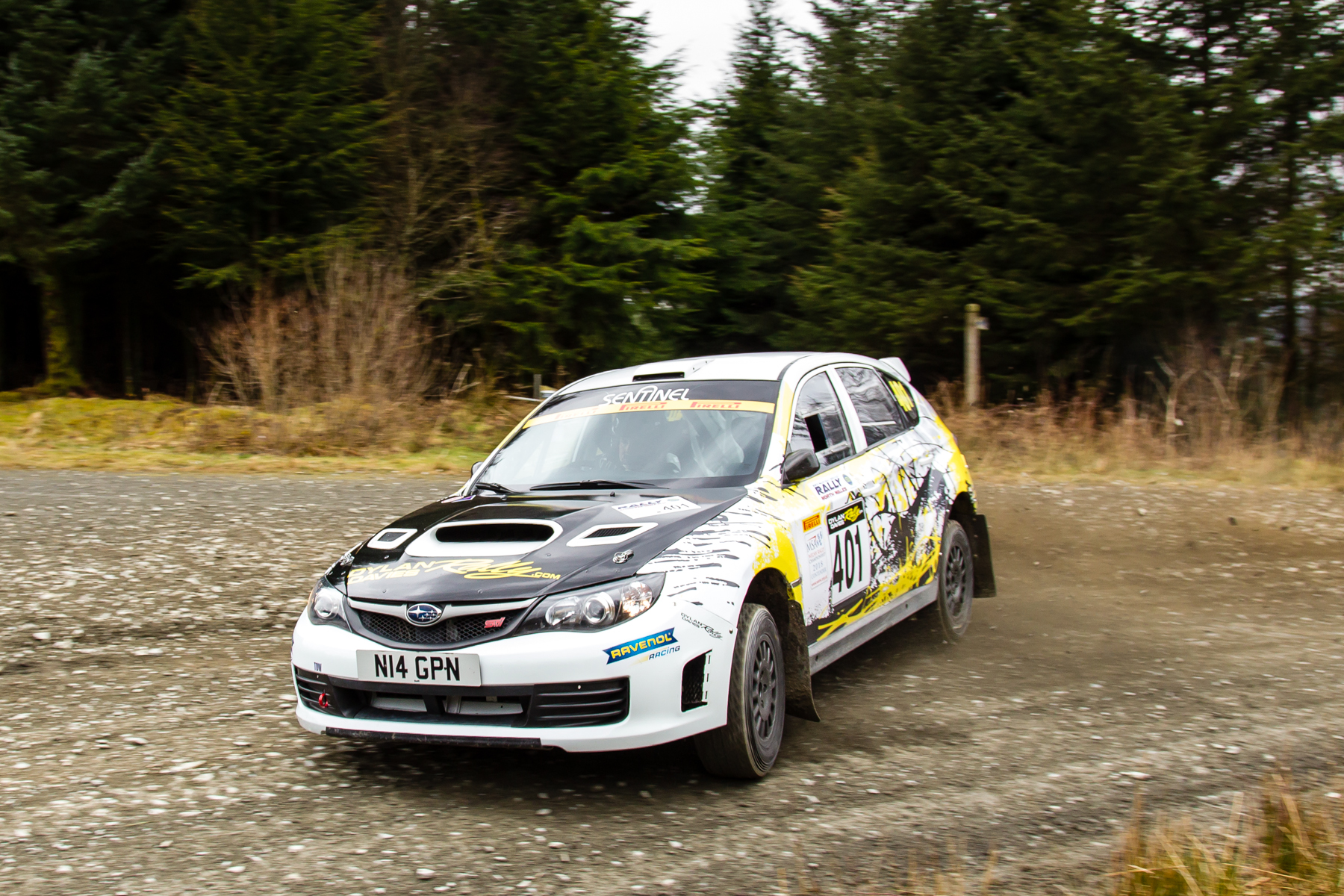 This weekend (Sunday 24th June) sees the 2018 Pirelli MSA Welsh Forest Rally Championship move into the second half of the season with the Red Kite Stages. The series has generated a record number of entries and a tight battle not only for the overall title but also many of the class honours.

The first four rounds of the Championship produced three different winners. Aberangell’s Osian Pryce took the honours on the season opener, the Visit Conwy Cambrian Rally but it was a very different car from Pryce and Llanfyllin co-driver Dale Furniss’s R5 Mitsubishi Mirage that took top spot on Round 2.Ford Escort stalwart Nick Elliott, partnered by Dave Price took maximum points on Rally North Wales ahead of the Subaru Impreza of Llanon’s Dylan Davies and Caernarfon co-driver Llion Williams while Pryce and Furniss, out this time in a Mark II Escort themselves, retained their Championship lead with a third-place finish.Having crashed out of the lead on the season opener, Matt Edwards from Llysfaen and Darren Garrod of Pwllheli took victory on round 3, the Rallynuts Stages.The duo followed it up with a second victory on round 4, the Plains Rally with fellow former Champions Rhuddlan’s Luke Francis and John H Roberts of Caernarfon taking their Fiesta to second place for the second event running.Consistent finishing, however meant that Davies and Williams had moved to the top of the table, ahead of Edwards and Garrod with Llangefni’s Keith Parry and Eryl Evans of Llanon in third place.

In Group N, Kalvin Green has been the man on the move, finishing ahead of a number of more powerful cars in his Ford Fiesta ST. That has also made the young Treorchy driver the front runner in the junior category,

Like the overall standings, the two-wheel drive category has produced a close battle so far this year, with different winners in each of the first four rounds.John Rowlands from Ffestiniog and Glenn Latham of Machynlleth took the honours on round 1 before Nick Elliott and Dave Price made it two out of two for Mark Two Escorts on the second round. It was the front wheel drive Fiesta of Surrey’s Max Utting who took top category points in round three before the Volvo powered Escort of Ieu Rowlands finished top of the tree on round four.

The RAVENOL Welsh Challenge is aimed at competitors who have never finished in the top 10 of a National B status event and among the drivers setting the pace in the competition are Mitsubishi Evo driver Matthew Hirst, BMW Compact pilot Colin Griffiths and Group N front runner Max Utting. In the co-driver category, top points scorers include Declan Dear, Mike Ainsworth and Geraint Thomas.

The return to the classic stages of the South Wales Valleys is a welcome prospect for the Championship contenders. Expect some epic battles with Championship points at a premium.

The two-wheel drive contenders in Sunday’s event, organised by Amman and District Club, leave the start at Resolven Mart Ground from 8:30am with the four-wheel drive event getting underway at 1:00pm. Further spectator information is available at the event web site, www.redkitestages.co.uk while you can find our more about the Pirelli MSA Welsh Forest Rally Championship at wnrc.wamc.org.uk, on the Championship Facebook page and on Twitter @WnRC.

Credit for the image:- RallySport Media